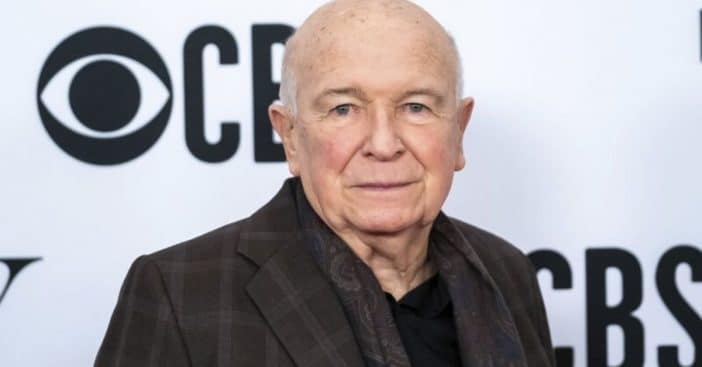 It has been sadly reported that the playwright, Terrence McNally has died at the age of 81. The cause of death was listed as complications of the coronavirus. McNally had an incredible career, which included the winning of multiple Tony Awards for the shows Love! Valour! Compassion!, Master Class, Ragtime, and Kiss of the Spider Woman.

McNally died on Tuesday, March 24th at Sarasota Memorial Hospital in Sarasota, Florida. He was also a lung cancer survivor was living with chronic inflammatory lung disease. Such health issues plus being a senior citizen had him in the high-risk group for the coronavirus outbreak.

Remembering Terrence McNally and his legacy in the theatre

Through his shows, McNally tackled the topics of families, war, and relationships. “I like to work with people who are a lot more talented and smarter than me, who make fewer mistakes than I do, and who can call me out when I do something lazy,” he tells the LA Stage Times in 2013. “A lot of people stop learning in life, and that’s their tragedy.”

Being an openly gay writer, he often wrote plays that tackled topics of homophobia and HIV/AIDS. He explored gay themes in his musical, Kiss of the Spider Woman, for which he would win his first Tony.  “Theater changes hearts, that secret place where we all truly live,” he said back at the 2019 Tony Awards. He was accepting a Lifetime Achievement Award. “The world needs artists more than ever to remind us what truth and beauty and kindness really are.”

Many Broadway veterans and musical talents have been paying tribute to the playwright since the news broke. Composer Tom Kitt says, “Terrence was an extraordinary man and a brilliant artist. He’s a true giant in our art form, and he will be missed and we are lucky that we had him and had his art for as long as we did.”

Broadway director and actor, Lin-Manuel Miranda, calls McNally “a giant in our world, who straddled plays and musicals deftly. Grateful for his staggering body of work and his unfailing kindness.” He will be greatly missed in the Broadway world and beyond, may he rest in peace.

Click for next Article
Previous article: Kelly Ripa Shares An ‘It’s OK, Not OK’ List For Coronavirus Pandemic
Next Post: 101-Year-Old Cancels Birthday Party Due To Coronavirus, Internet Chimes In To Help Out