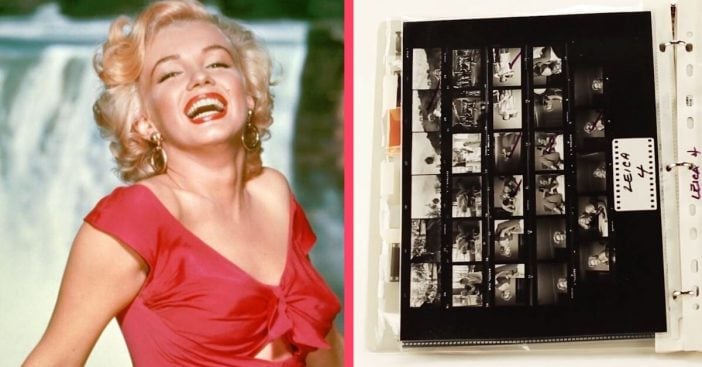 The 1953 noir thriller Niagara became a quick box office hit that year. Intense character dynamics drive this film, and the cast provides crucial performances. It proved beneficial for Marilyn Monroe‘s status as a star, as it helped solidify her as a big name. A photographer captured some behind-the-scenes pictures and they went up for auction. On Wednesday, March 4, a lucky bidder won those Niagara negatives of Marilyn Monroe.

Though this unknown buyer sank roughly $83,000 into this bid, that could all come back to them in time. According to TMZ, those roughly 227 photos include the copyright to the images. This comes from a series of hand-overs from the original photographer to his son. Ultimately, these collector’s items could continue bringing money in.

The ‘Niagara’ photos of Marilyn Monroe may keep earning money, though with conditions

Marilyn Monroe lived a life of fame, thrills, and, unfortunately, troubles. It may leave a bitter taste in one’s mouth to think about her legacy earning strangers money. Or one might look at this as a way of remembering her success and immortalizing it. Either way, the unnamed bidder can’t just immediately profit off of these.

RELATED: Leather Jacket From ‘Grease’ Regifted To Olivia Newton-John After Being Auctioned Off For $243,000

The highest bidder can print and sell copies of the negatives. Those can, potentially, net them quite a bit of money. However, for commercial use, the new owner requires permission from Monroe’s estate. Additionally, The Star reports the historical importance of these photos. Bobby Livingston, executive vice-president of RR Auction, which managed the bid, explained, “It’s time to get these kind of archives and photos into the hands of collectors or institutions that will take care of them.” He added, “Because film negatives, as you know, begin to deteriorate.”

198 of the 227 photos from Niagara feature Marilyn Monroe. The rest show the impressive set and scenery. But Monroe really shines as iconic and synonymous with the film’s success. Livingston remains awed by them. “Some of the photos are just unbelievable. Her physical presence … you can see how well she photographed. It’s like an eighth wonder of the world was walking the streets of Niagara Falls, and it’s timeless.”

Toronto photojournalist Jock Carroll is responsible for these pictures, which he took in 1952. “Jock had the good fortune of spending two weeks (with Monroe), so there’s a lot of material that’s never been seen or published,” Livingston explained. Carroll signed the rights over to his son before his own death in 1995. It is his son who put them up for auction and granted them to the unknown buyer. Initially, RR Auction, based in Boston, expected the set to sell for $50,000. The final value quite exceded that estimate.