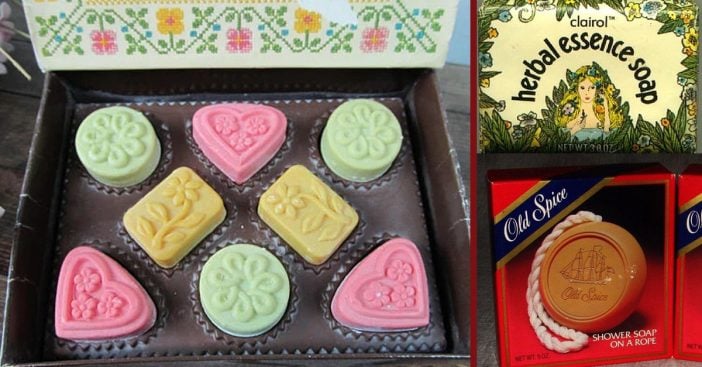 In some ways, the past and present are pretty similar. We have some of the same hopes and aspirations as well as fears. One of these fears includes dirt. And just like today, parents of the ’60s and ’70s wanted to know their soap would keep their kids clean…and safe!

Enter Lava soap, which made some pretty big promises even as far back as the ’50s. Then, and in the following decades, polio was recently on everyone’s mind. Lava soap touched upon that fear and promised that clean hands combat polio, and the way to clean hands rested with Lava soap.

Safeguard soap received support from John Travolta himself. How did it accomplish this? Not through a cute or creative gimmick. Not even from an alluring fragrance or color. Instead, Safeguard simply went straight to the source.

Those with perspiration issues flocked to Safeguard soap back in the ’60s and ’70s. It removed the cause to thus eliminate the need for another scent to mask any unpleasant odors. Its packaging was simple but its effects were great.

Fight off that smell with Coast

Coast was another soap that offered a very simple design and a basic promise to combat a ubiquitous dilemma: body odor. Advertising itself as “the eye opener,” it offered “unique deodorant formulation with extra odor protection.”

And this was not just to clean away the day’s dirt, grime, and sweat. Instead, it was to start the day off right as well. According to its site, its formula “will keep you smelling fresh throughout the day.” Those interested can still get some today and reminisce about its early days.

Dial is an oldie but goldie

Actually, Dial has quite a history to boast about. It is the first antibacterial soap in all the world. Its founding chemist from Armour and Company started perfecting the art of soap production as early as 1888. But only by 1948 did Dial hit the Chicago market somewhat as we know it.

With such a long history, it’s easy to believe that this brand stuck around. But the soap was especially popular during the ’60s and ’70s with a long, successful history to back its bold promises to stop odors and repel them with an unseen antiseptic.

This soap of the ’60s and ’70s offered something rather special. We’ve seen fun twists on the classic idea of soap bars. Packaging says what exactly a brand wants to sell itself as and to whom. But there’s something to be said about a good, strong bar of soap.

That’s why you won’t see grand promises and rumors of invisible antibacterial chemicals. Instead, John Wanamaker soap offers sturdiness and endurance. One box of 12 lasted you for years upon years.

Soap on a rope was an interesting trend among all the others that defined the ’60s and ’70s. But it was a simple solution to a very frustrating – sometimes dangerous – problem: dropping a bar of soap. People did not always use it like this, but in theory, the user could wear the soap around their neck via the rope so the bar would never get dropped.

A lot of names utilized this model, but one beloved iteration comes from Old Spice. The design and fresh fragrance combined to make this a classic favorite. But none of these beloved soaps could get support without good advertising. Check out one of those commercials below!