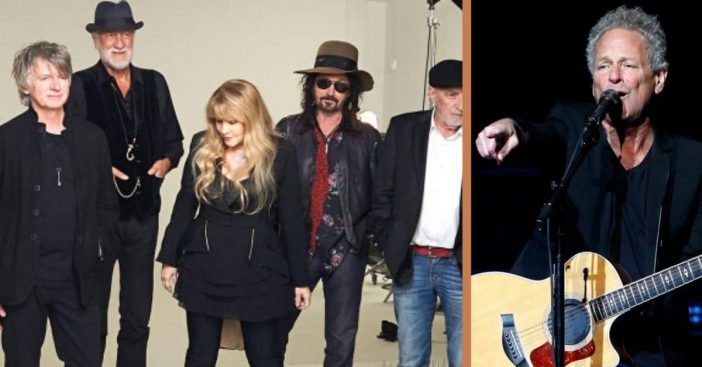 In 2018, Lindsey Buckingham formerly of Fleetwood Mac was publicly fired from the band. The band would continue touring without him with Tom Petty And The Heartbreakers’ Mike Campbell and Crowded House’s Neil Finn taking over his responsibilities. Mick Fleetwood recently spoke in a Rolling Stone article about how Buckingham would never reunite with the band.

While the last few years have become quiet in regards to the departure, Mick did not hold back his thoughts. “No. Fleetwood Mac is a strange creature. We’re very, very committed to Neil and Mike, and that passed away a time ago, when Lindsey left. And it’s not a point of conversation, so I have to say no.”

Mick continues, “It’s a full drama of Fleetwood Mac, no doubt. His legacy is alive and well, and as it should be. A major, major part that will never be taken away, and never be down-spoken by any of us. Neil and Mike have tremendous respect for Lindsey. The situation was no secret. We were not happy. It was not working, and we parted company. And that really is the all of it.”

Rolling Stone also asks Mick if he has been in touch with Buckingham since his heart attack last year. “I have not,” Mick simply replies. The band is currently taking a bit of a break now, but was asked about the future of Fleetwood Mac. He says, “We are all very open to that continuing in the band. There’s no breaking up of the band.”

The future of Fleetwood Mac…

The band recently wrapped up a year-long tour back in November, so it’s understandable why they want to take a bit of a break. Mick continues, “We’re not going to do a [long] tour, I would say, ever again. But there’s loads of alternatives. People like Peter Gabriel have a lovely way of working where they go and just do four or five major festivals during the summer. That’s the sort of vision that I see for Fleetwood Mac.”

He adds, “We’re able to cherry-pick things that have dignity, and are fun to do, and they’re historically interesting.”

Click for next Article
Previous article: The GM Hummer Is Returning, This Time As Electric “Super Truck”
Next Post: Man Looks For Keys In Couch And Finds A 6-Foot Snake Instead