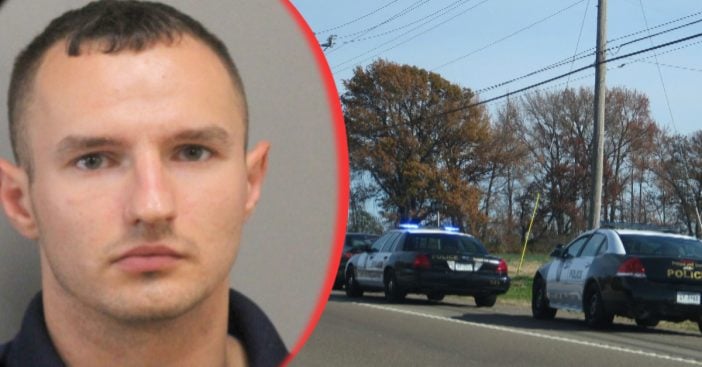 A fake cop trying to pull over a van packed with actual real detectives seems like a hysterical premise. You may think it sounds like a movie plot or comedic fiction, but it is very much real life. I read the headline and thought of a Peter Sellers’ movie from the 1960s, The Wrong Arm of the Law (1963). In the film, a gang of criminals pretends to be police in order to carry out burglaries. However, this is no fiction.

According to the Nassau County Police Department, a Hicksville, NY man was driving a black unidentified car when he sounded an air horn and activated his emergency lights. The man tried to pull over a van. In true Peter Sellers fashion, the van was chock-full of Nassau County Detectives.

A Non-Fiction Fast Finish for the Fake Cop

The Nassau detectives identified themselves while stopped in traffic and approached the van. This is where things take an even more ‘Hollywood-turn’ as the Fake Cop panicked and swerved into oncoming traffic. He continued and refused to stop. The Fake Cop continued to drive at a ‘high rate of speed’ onto the Long Island Expressway.

How To Avoid A Speeding Ticket With Advice From Traffic Cops.