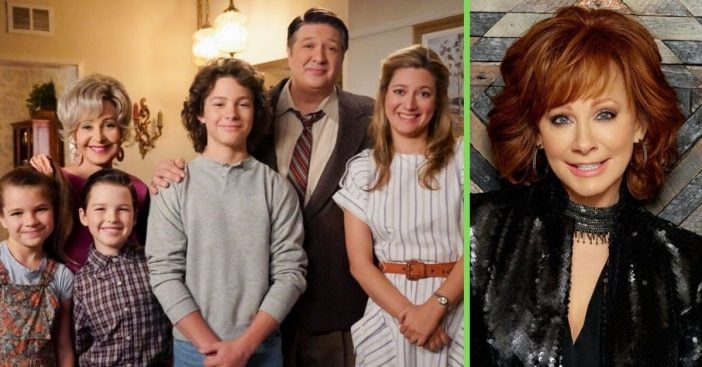 It has been confirmed that Reba will join the series as June. She will play the ex-wife of Dale Ballard, played by Craig T. Nelson. TV Line describes her character as “fun and fiery,” and will become friends with Meemaw (Annie Potts), Sheldon’s grandmother.

One of Reba’s former co-stars is also on the sitcom! Melissa Peterman plays Sheldon’s neighbor Brenda Sparks on the show. They previously starred in the comedy Reba together. Sadly, the two will not act together on this show. It seems like a missed opportunity for a fun reunion!

In the past few years, Reba has also guest-starred on shows like Last Man Standing, Baby Daddy, and The Neighbors. No word yet on how many Young Sheldon episodes Reba may appear in, but it appears she may only be in one episode right now. The show is currently on its third season but has already been renewed for a fourth.

The show announced the guest star on Instagram. Her photo was captioned, “We’re feeling Fancy—the one-and-only @Reba McEntire will be joining us as a guest star in an upcoming episode of #YoungSheldon!”

Do you watch Young Sheldon? Are you excited to see Reba on the show?

Click for next Article
Previous article: You Can Now Purchase Hilarious ‘Golden Girls’ Granny Panties
Next Post: Some Fun Facts About Betty White As She Turns 98 Today