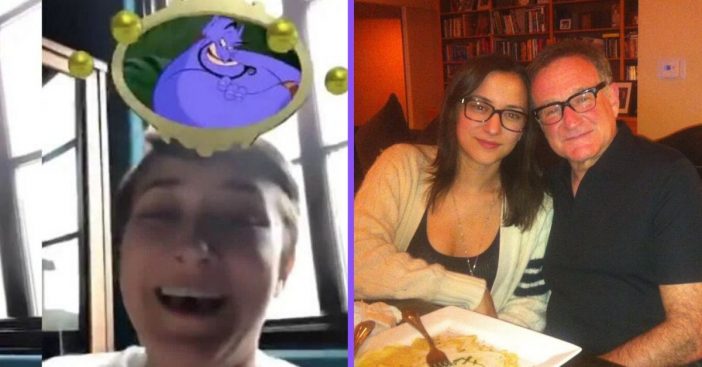 While the Disney character some people received made sense, others were very strange. For instance, Zelda’s definitely made sense: she got the Genie, who was voiced by her father Robin Williams! Zelda was clearly shocked and touched. In addition, she shared the video on her social media accounts and simply captioned it, “Y’all…”

Zelda Williams gets matched with her father’s iconic Disney character

How sweet is that? What a touching tribute for Zelda’s father! The filter has now gone viral and some users are happy with their matches, while others are pretty offended. For example, those who were matched with loveable characters like Simba, Belle, or Nemo were pretty happy.

RELATED: Robin Williams’ Daughter, Zelda Williams, Is All Grown Up And Working As An Actress

On the flip side, those who were matched with characters like Pumbaa or the Hunchback of Notre Dame were quite offended. Either way, it is just a game… you can always re-try it to get a new character.

For instance, if you want to see which Disney character you are, go to Instagram and click ‘Browse Effects’ under the face filters. If you need more instruction, click here. In conclusion, watch Zelda William‘s adorable video below:

Click for next Article
Previous article: ABC To Air Special Called ‘What is Jeopardy!? Alex Trebek And America’s Most Popular Quiz Show’
Next Post: Priscilla Presley Discusses The Awkward Meeting Between Elvis And John Lennon