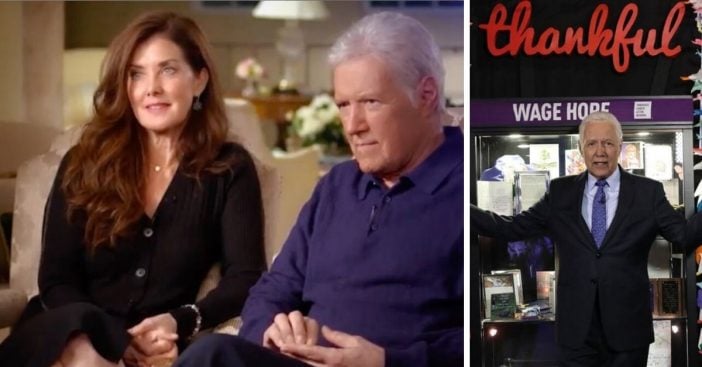 If you’re looking for something to watch tonight, here’s your answer! ABC is airing a special called What is Jeopardy!? Alex Trebek and America’s Most Popular Quiz Show. The special will air tonight, Thursday, January 2, 2020, at 8 pm EST on ABC.

The one-hour special will be hosted by ABC News anchor Michael Strahan. It will feature behind-the-scenes clips from Jeopardy! along with an exclusive interview with longtime Jeopardy! host Alex Trebek and his wife Jean. They will discuss Alex’s cancer diagnosis and how he’s been doing lately.

For Jeopardy! fans, the special will go backstage. It will show Alex preparing for show tapings. It will also share some behind-the-scenes clips of the producers traveling across the country for new contestants. In addition, the special will look back at some of the most remembered contestants from the show.

Alex and Jean will also talk about Alex’s cancer diagnosis and his years hosting Jeopardy! Alex will take a look back on the impact that he’s had on American culture and his legacy. It looks like a really great special, especially for huge fans of Jeopardy!

Will you be watching? In conclusion, check out the video below to see what Alex Trebek is really like day-to-day: