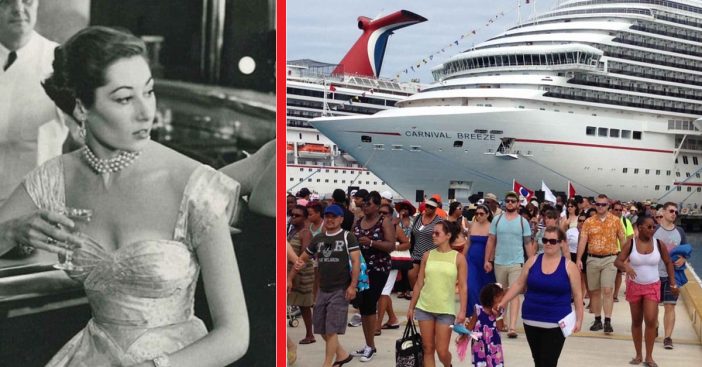 Have cruise ship dress codes overstayed their welcome? Some believe a dress code policy is presenting negative consequences for cruise ships and their passengers. However, there are also arguments supporting dress codes as important for keeping passengers from feeling uncomfortable. With two compelling arguments in opposing directions, this puts cruise ships in a difficult position.

Carnival Cruise recently found itself wedged between a rock and a hard place for these very reasons. The cruise line recently updated a section of its Frequently Asked Questions page. There, they ask passengers to really consider their wardrobe, especially if they even remotely doubt something is entirely appropriate.

It’s important for passengers to fully enjoy their voyage

Cruise ships understand that guests pay a lot of money to enjoy their time aboard the ship, and so instill a dress code so no one is uncomfortable. In theory, this levels the playing field so dubious wardrobes can’t distract a person, upset families, and so on. Cruise lines such as Carnival Cruise explore their dress code in the new What To Wear section of the FAQ page. Brand ambassador John Heald further introduced this policy on his Facebook. Debates reached new intensities when a comment expressed a woman’s intent to wear “disgusting and lurid shirts.” When asked if someone onboard would stop her, the brand ambassador hoped she might change her mind but confirmed, yes, someone would intervene.

Overall, the What To Wear section emphasizes respect as the core to Carnival’s cruise ship dress code. “All guests are expected to ensure their clothing and accessories are respectful to fellow guests,” it reads. It specifically bans clothing with “any message that may be considered offensive or contain nudity, profanity, sexual innuendo/suggestions. In addition, clothing/accessories should not promote negative ethnic or racial, commentary, or hatred or violence in any form.”

But who determines what falls within a cruise ship’s dress code?

Inevitably, wording like that, though well-intended, does leave things a bit subjective. Many people come with many differing opinions. What is inappropriate to some may not be inappropriate for others. The clause “may be considered offensive” especially emphasized how subjective this matter can be.

Additionally, this puts a lot of responsibility on members of the crew. They must now enforce a cruise ship’s dress code as they would any other rule. And they must do so based on the condemnations of some fellow passengers. Perhaps the offended individual is in the minority. From this, more areas of conflict can arise.

Once again, though, individuals raise another point to consider. After all that preparing, saving, and packing, passengers get to be whisked away aboard a ship. Among the gentle waves and sunny skies, their troubles can be more distant than the gulls soaring above. An aura of elegance surrounds many cruise ships, especially when you move further from the whimsy of Nickelodeon cruises and the like.

If you go to an expensive restaurant seated among gilded pillars and towering sculptures, you may expect your peers to dress to match the environment. That is what some passengers argue, according to The Washington Post. Colleen McDaniel, executive editor of the news and review site Cruise Critic, sees many messages expressing such sentiments. “There has been a bit of an evolution in the dress code overall,” McDaniel explained. “It doesn’t mean that everybody loves that. And in fact, many people who visit our message boards who are very much in favor of a formal night — and a formal dress policy — really, really don’t like it when people show up who are not in formalwear.” With such polarizing opinions, each with their own valid points, it feels like cruise ships are in a tough situation when navigating dress codes.

RELATED: 11 Horribly Offensive Board Games Of The Past