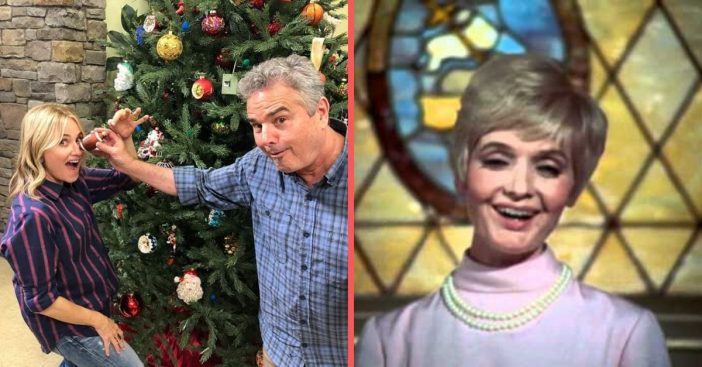 Last night, HGTV aired A Very Brady Renovation: Holiday Edition. The Brady Bunch siblings along with HGTV‘s Jasmine Roth and Food Network’s Ree Drummond got together to celebrate the holidays. Along the way, they brought lots of very special nostalgia. They even honored their late television family including Florence Henderson, Robert Reed, and Ann B. Davis.

The siblings said they loved coming back together for the holidays because they had never spent Christmas together as a group. Maureen said, “Everybody’s been off doing different things, so we were reminiscing, but also making new memories today as adults, celebrating where we all are in our lives. I discovered new things about all these people that I love, and that was really a beautiful thing for me because that show meant so much to me and the people mean so much to me.”

They also reminisced on Brady Bunch Christmas episodes. The first Christmas episode was called “The Voice of Christmas” and premiered in 1969. In the episode, Carol (Florence Henderson) lost her voice while rehearsing for the church Christmas show. Cindy (Susan Olsen) tells Santa that instead of presents, she just wants her mom to get her voice back.

Of course, Carol gets her voice back just in time for the show and Cindy still gets some presents. Barry reveals that the episode was really a turning point for the show. He said, “What’s significant about that episode is our show looked like it was going to be canceled coming into December. So September, October, even November, were not that strong for the network, and there was a lot of dialogue about the cancellation of the series — until that episode.”

He continued, “That episode was a turning point in our viewership. Renewals came up pretty soon after that and we were picked up and then picked up and picked up again. It never really faced that kind of danger again.”

In the special episode, as they all sat down to eat a Christmas dinner, they made a toast to the cast members that have passed away. Barry said, “It was a special moment where we were able to acknowledge Robert Reed (dad Mike), Florence Henderson (mom Carol), and Ann B. Davis (Alice), who were, of course, missed.”

“Barry’s toast was one of my favorite things,” Maureen said. “It was a really beautiful, sweet moment.”