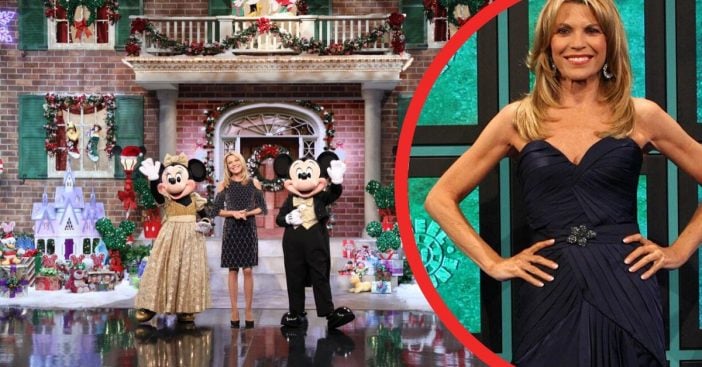 Starting Monday, Wheel of Fortune episodes will be hosted by Vanna White. These episodes air during the game show’s Secret Santa Holiday Giveaway two-week promotion. Though airing in December, each episode was filmed in November. At that time, Pat Sajak had been recuperating from surgery. White is scheduled to host a bit more after the Wheel of Fortune Secret Santa Week. January shall feature a week with her at the helm.

Sajak’s health affected some filming, but many involved feel optimistic about his progress. “He is resting comfortably and looking forward to getting back to work,” the show’s Twitter account shared. In mid-November, Sajak offered assurances of his own. “Happy to say that the worst has passed,” he tweeted. Though it is important to exercise caution, Sajak seems determined to display the improvement he’s promised fans.

Sajak has handled his situation with humor and optimism. On November 12, he informed his followers that his procedure went well. “But the best news is that when I came out of the operating room, I was 63 years old! #10MoreYearsOfWheel,” he tweeted. Sajak, 73, made a public appearance recently during the Washington Capitals game. Sajak was joined by his 24-year-old daughter throughout the match.

He and co-host Vanna White have been a team on Wheel of Fortune since the 1980s. Even after celebrating their 7,000th episode in May, this duo doesn’t seem ready to stop. They each renewed their contracts through 2022, according to USA Today. White filled in during a segment of the show for him previous to this when Sajak caught laryngitis in 1996. These recent episodes mark her first time fully hosting. Without him, White, 62, considers the show “a word without vowels.” Until then, she plans to carry the weight for a seamless reunion. “I’ll fill in the blanks until you return. Rest up and we’ll be solving puzzles in no time,” she tweeted.

The Wheel of Fortune Secret Santa Giveaway is a festive tradition

Members of the Wheel Watchers Club are encouraged to sign up by a late-November deadline to participate in the Wheel of Fortune Secret Santa Giveaway. Doing so gives home viewers a chance to win just like contestants in the game. All they need to do is spot their SPIN ID on the show for a chance to win the same cash and prizes as a contestant.

This year, Mickey Mouse and his other friends at Disney are helping White host. The team behind Wheel of Fortune has gradually provided teasers for White’s upcoming two weeks of hosting festive cheer and big wins. Pictures circulated of the game show’s set decked out for the holidays with various Disney stars welcoming contestants – both on-site and at home – to come play.

RELATED: Vanna White Is Standing By Alex Trebek Who Reveals Struggles With His Cancer Battle

Click for next Article
Previous article: Bob Saget Returning For ‘America’s Funniest Home Videos’ 30th Anniversary Celebration
Next Post: Pink Is “Letting Go” As She Shaves Off All Her Hair In New Photo