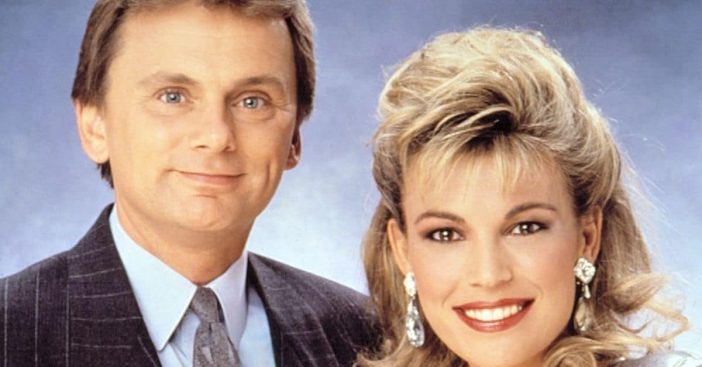 Alex Trebek is being remembered after his recent death by Wheel of Fortune hosts Pat Sajak and Vanna White. Trebek recently passed away after a battle with stage four pancreatic cancer and the sad news shocked celebrities and fans alike.

“The death of Alex Trebek is a tremendous loss for his family, his friends, his co-workers and the millions of viewers who followed his long and illustrious career. It was an honor for me to be a part of his professional family for nearly 40 years. His strength and courage and grace during his recent health struggles inspired countless others. Alex was truly one of a kind,” Sajak writes in a tribute.

Pat Sajak and Vanna White pay tribute to their dear friend, Alex Trebek, after losing his battle with cancer

Sajak’s co-host also released a statement following the sad news, noting Trebek’s incredible bravery when it came to facing his diagnosis head-on. “I will cherish the many memories I have shared with Alex Trebek that date back well before either of our careers took off. I will always be in awe of the way he faced the battle he fought so valiantly and I’m devastated to lose my longtime friend. My heart is with his family, friends, co-workers and fans. There will never be another Alex Trebek and he will truly be missed.”

Sajak was actually among the first few to speak out after Trebek announced his diagnosis. “The Sajak family is deeply saddened to hear of Alex Trebek’s struggle with cancer. Our hearts go out to him and his family,” he writes at the time. “But there is no one I know who is stronger and more determined, and I would never bet against him. We, and the entire country, are pulling for you, Alex.”

Trebek hosted Jeopardy! since 1984 in over 8,000 episodes. He frequently talked about how much he loved hosting the game show and credited his fans for helping him throughout his cancer treatment with their loving support.