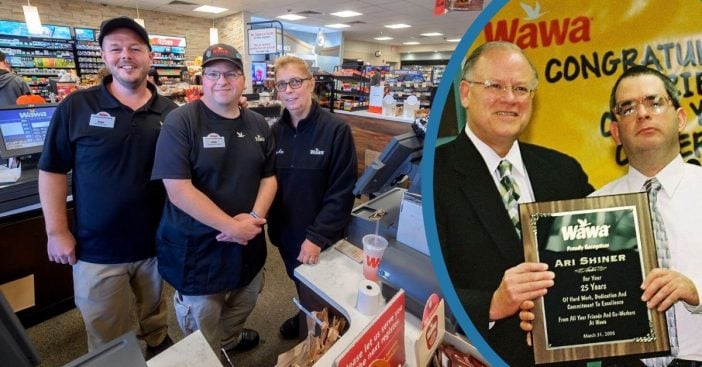 It is sometimes easy to not realize how one simple act can alter history. The effects of one choice can greatly influence the future at varying degrees. Whether something has international consequences or simply leaves a meaningful impact on a select community, actions have a ripple effect on our environment.  This was the case decades ago when one Wawa manager’s choice in the 1980s ensured better opportunities for employees today.

Throughout Delaware, Florida, New Jersey, Pennsylvania, Maryland, and Virginia, Wawa hosts 30,000 employees across 860 stores. Among those are 500 special-needs employees who contribute to each Wawa’s functioning in important and valuable ways. Momentum for this expansive employment opportunity arose when a manager created a position for a client of the nearby Eden Autism Services. This man, Ari Shiner, inspired this manager to provide more opportunities for every member of society.

Shiner worked with the local Eden Autism Services, a nonprofit advocacy group dedicated to adults with autism. This group connected Shiner with Wawa and the Princeton manager made a position for Shiner in 1981. “He had gotten to know Ari and wanted him to have a meaningful work experience, and things evolved from there,” stated Wawa treasurer Jay Culotta. Soon Wawa’s team came to include employees like John Mitchell, who has Asperger’s syndrome, and who exemplifies how everyone can be happier for campaigns such as Wawa’s. Mitchell’s manager, Ryan Schwarzman, is excited about the example Wawa is now providing. With Mitchell on the team, he aims to show the world “that people of all abilities are welcome here. I think that makes us a pretty special place.”

Eden Autism Services is one part of a larger network that advocates for neurodiverse adults seeking employment. These employment-support agencies have partnered closely with Wawa to help such adults thrive in their jobs. Ultimately, this networking became a part of the company’s culture. Because of this, thousands of neurodiverse Americans have a steady job that they can thrive in. While some stores focus on their tech, others focus on their personnel.

We place value on being our own unique selves. Each day, we celebrate differences and encourage others to show off theirs. However, taking that first big step can be intimidating for anyone. When a person does not see themselves reflected in the populace, those differences become negative traits to be stifled. Culotta sees Wawa changing that for America’s differently-abled population. “We get letters and emails all the time from customers saying how much they appreciate that we employ people with disabilities.” Culotta has seen this firsthand when his daughter with Down syndrome joined the company. “When Hannah was little, people used to stare, but they don’t anymore. People are much more accepting. It feels like we’re entering an era of enlightenment.”

Jobs vary from store to store. Ultimately, employment-support agencies working with Wawa want their clients in a role that suits them and grants them a sense of independence. They know their job is done when their client is an integrated part of the team. For members like Mitchell, this means he gets several varied but lively tasks throughout his workday. He performs these with a smile on his face that always spreads to the customers. Whether he is the “sample king,” dolling out drink samples with creative names or tending to the coffee urns, Mitchell reminds everyone that differences do, indeed, deserve celebration.

RELATED: One Person RSVP’s To Boy With Autism’s Party, Then An Entire Football Team Shows Up To Celebrate

Click for next Article
Previous article: Watch This Teen Try To Use A Rotary Phone On ‘Ellen’
Next Post: Learn How Long You Should Thaw A Turkey For Thanksgiving