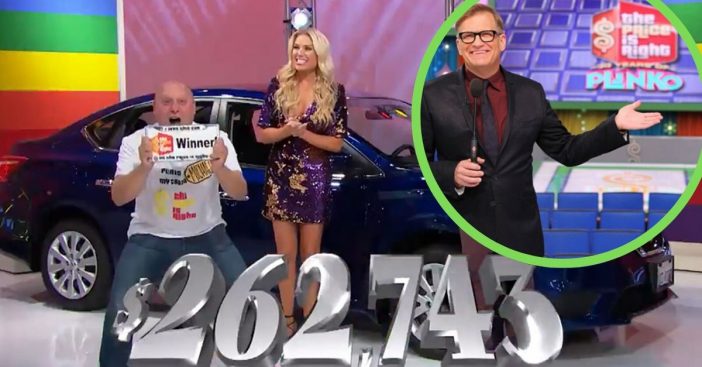 A mix of keen intuition and luck lead to success on The Price is Right. For New Jersey native Mike Stouber, he had both ingredients measured out perfectly. Not only did he win The Price is Right when he played, but he also set a new record. Strouber won himself the biggest earnings in the show’s daytime history on Monday. In all, his winnings totaled around $263,000 in cash and prizes. This sets a new The Price is Right record that won’t be going anywhere for some time.

Strouber describes the experience as “surreal.” It even took him some time to comprehend how much he had won after his victory. Most of his success came during the “Plinko” pricing game but even then he did not understand the amazing implications. He admits, “Throughout the whole show, you’re up there and everything’s moving so fast, you don’t even have a second to realize what’s going on.”

A meaningful story adds value to the victory

For Strouber, The Price is Right represents something very personal to him. Before his grandmother passed away, he would watch episodes with her constantly. Both were avid fans of the popular program one hosted by Bob Barker. To see him on there Monday would have filled her with elation.

While Strouber has watched the show “for as long as I can remember,” his wife is quite the opposite. She “never really watched the show.” This led Strouber to not “think she exactly knew what was going on until it was like, oh my God, he just won all this money.” On top of that, “all that money” is an all-new The Price is Right record.

They held on to their winnings and their silence

History was actually made earlier in September. They filmed earlier the previous month, and so had to keep their record-breaking accomplishment a secret for a little over a month. Breaking a Price is Right record is no small accomplishment. During the show’s daytime history, no such winnings were ever recorded. Only during a prime-time special, The Price is Right $1,000,000 Spectacular, were higher numbers reached. Then, in 2008, California teacher Adam Rose won $1,153,908 in cash and prizes.

But for Strouber, his victory is enough cause for celebration. And celebrate he did, hosting a viewing party with friends. There, he was at last able to share the news and bask in his public glory. When the guests found out, it was a “huge shock.” Congratulatory, they praised Strouber with, “You’re going down in the record books!’”

Click for next Article
Previous article: Michael Douglas Says It Would “Kill Him” If His Daughter Brought Someone Older Home
Next Post: Today Will Mark NASA’s First All-Female Spacewalk