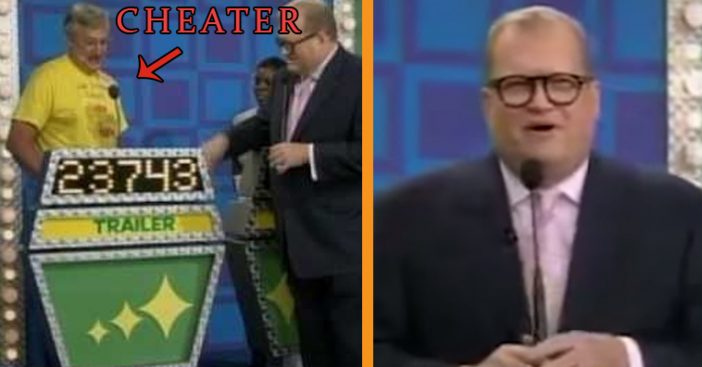 You may have watched The Price is Right when you were home sick. It can be an entertaining show. Contestants are selected from the audience and they compete to win big prizes by guessing the prices of different products. For decades, Bob Barker hosted the show, but Drew Carrey is now the host.

One contestant named Terry Kniess managed to outsmart The Price is Right. Terry and his wife Linda figured out a strategy that won them some big prizes and caused the show to change their whole show system. So, how did they do it?

After their beloved dog died, they needed a new project to keep them busy. Terry worked as a weatherman in Las Vegas and learned to recognize patterns to predict the weather. He also worked at a casino helping catch card counters. His wife is a mathematician. After friends told them how fun it was being on the show, they decided to make it their goal.

They began to do research. They recorded and watched the show every night. Terry looked for patterns in the show’s games and Linda worked on the math. They realized something pretty quickly. All of the prices in the show have been repeated multiple times and the prices stay the same. Many of the prizes are the same too.

They finally got on the show. Terry guessed the price correctly of the Big Green Egg grill that showed up many times on the show and got out of the contestants’ row. He found himself in the final showcase very easily.

The final showcase included a karaoke machine and a pool table and he knew the price would be around $23,000. He decided to guess $23,743. The last three numbers made up his anniversary and his wife’s birth month for a bit of luck. Turns out this was the exact price! This led to suspicions that he cheated because this had only happened once in 1972!

Due to Terry’s appearance and perfect performance on the show, The Price is Right made some adjustments to their show system to prevent any price memorization from happening again. They started using a wider variety of products as well.

Terry and Linda said they don’t watch the show anymore. They kept the grill but sold the other prizes.

What do you think of this? Could you do it? If you enjoyed this article, SHARE with a friend!