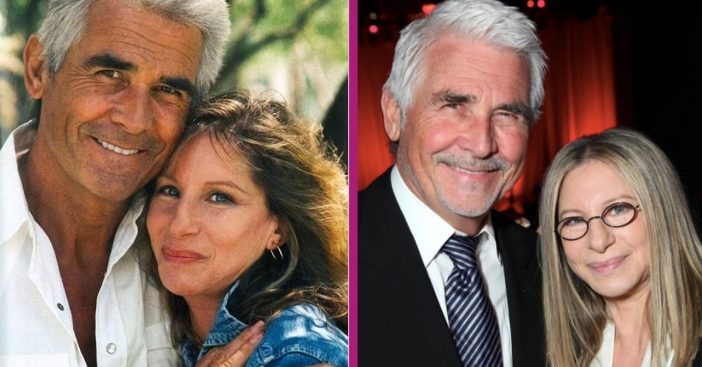 Barbra Streisand and James Brolin have been able to withstand the pitfalls that come with being a Hollywood couple. These two have a relationship that truly helps us remember that real love is still out there. Even when we see Hollywood relationships fall through the cracks, it seems like these two can defy every odd.

So, what is their secret to a successful marriage? They tell all about the first time they met and instantly being smitten for one another.

The two originally first met on a blind date and Brolin recalls that he was instantly charmed by Barbra’s honesty. The feeling seemed to be mutual. “I met him at a dinner and expected a bearded mountain-man type, and he had cut off all his hair and was clean-shaven,” she tells W Magazine. “I asked him, ‘Who screwed up your hair?’ He later told me that’s when he fell in love with me. My fella likes to hear the truth, which is unusual.”

The singer even jokes that Brolin claimed he could cook and that really made her swoon! “So he came with a sushi roller, that wooden thing, and made sushi and I love sushi,” she recalls. “So, I thought, ‘This is really great.’ He has never cooked again.”

Their true secret to a successful marriage

Brolin, on the other hand, believes astrology plays a big part in their romance. “If you look at Cancer and Taurus — not that I’m into astrology, but I’ll click on that if I’m on the computer — almost every time it says, ‘You guys are magic together,’” he tells Fox News. “‘You’re so opposite that you’re able to work it out.’ And that’s what makes a great team.”

How they keep the spark alive 23 years later

The two even have a way of keeping the spark alive 20+ years into their marriage. Barbra says she always feels welcome when she comes home. “I always get notes, ‘Hurry home!’ When I get there, there’s always something kind of great waiting for me, some plan, and I try to reciprocate.”

Believe it or not, the COVID pandemic actually helped their relationship. As Brolin explained to the UK’s Express, “We were put out by COVID and a lot of people, their marriages haven’t gone well during [it]. We’ve literally fallen in love over this period of time just being stuck together every day and making it work.”

What a beautiful relationship these two have with one another! Check out an interview below and see Barbra talk about her husband and their marriage.