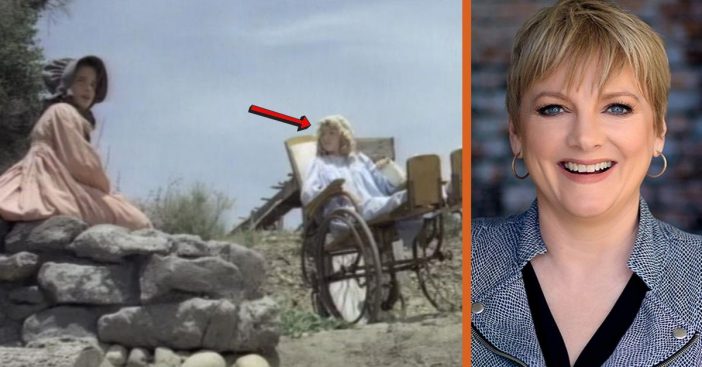 Alison Arngrim played the role of Nellie Oleson on Little House on the Prairie from 1974 to 1982. The 57-year-old opens up to Fox News about the one scene she was terrified to film during the show. The actress still watches Little House when it’s on television and has seen the episodes many, many times.

One scene, in particular, is when she falls off her horse named Bunny and ends up in a wheelchair at the top of the hill. She then comes crashing down. This was the scene Arngrim was terrified to film!

Alison Arngrim talks about the process of this terrifying scene

“It’s everyone’s favorite. It’s the funniest thing ’cause everybody wants Nellie to really get it and she really gets it,” Arngrim reveals while at the Hollywood Museum Celebrates the 55th Anniversary of Gilligan’s Island event.

“It was so insane because there were no seatbelts in that thing. It’s like an 1800s wheelchair and I’m basically in my nightgown and underwear and bedroom slippers,” Arngrim says. “They had the stunt girl do the somersault but I did the rest of it.”

They couldn’t use the stunt girl for Alison’s closeups!

Arngrim notes that after filming just once, producers would take her to the top of a longer hill so they could capture more footage of her screaming! “I said, ‘You’re going to use the stunt girl for this, right?’ and they said, ‘We need close-up footage of you, so we can’t,’” Arngrim says, noting that she was absolutely petrified at this point.

The actress, of course, went through with it anyway. Once she got down the hill, Arngrim says the first thing she did was take stock of her body to ensure everything was all in one piece! “It was totally worth it!” she says now.