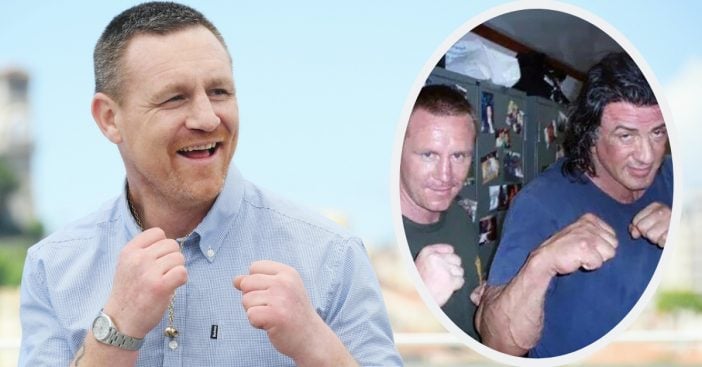 Sylvester Stallone’s stuntman, Billy Moore, recently sat down with Metro.co.uk and opened up about his troubled life and one strange Hollywood story you’d need to be there to believe. Moore led a drug-filled life at one point, which stemmed from needing some sort of release from his dad’s aggression and lack of love.

“When I was six, my dad drank heavily, and the lack of love and compassion…It was just a fear-based kind of household, I found myself getting out a lot ‘cause the atmosphere was hostile,” he shared. “So, I would find myself hanging out on street corners trying to get acceptance from other kids.”

He reveals he spent a long time being in and out of institutions and eventually, one of the run-ins with rugs landed him in prison for three years. However, rewind a couple of years back, Moore was working next to Sylvester Stallone as his stunt double.

Moore shared some memories from his time with Stallone on set. “I spent a bit of time with him he was a great guy – he never seemed out of character, he was always like how you see him in the movies, he just talks the way he does and that’s how it is,” he shared, “He was more intimidating, and he had a presence, I got a feeling that people respected him and when he was there you knew he was there.”

“One day he watched me fight in this competition and he said to me “you know what, you’re a warrior” that inspired me, for him to tell me that well, that was huge you know.”