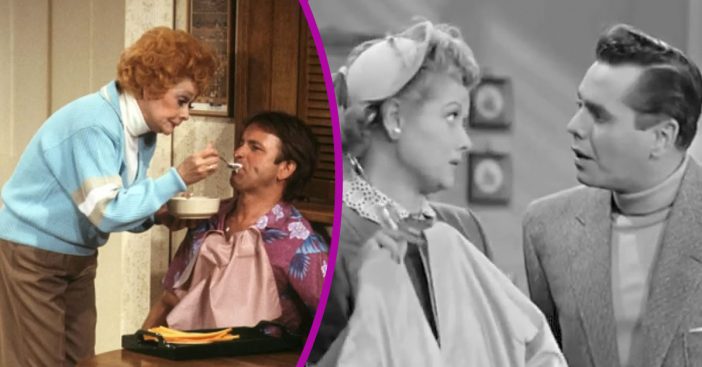 It’s no secret that the show I Love Lucy was an enormous success. Lucille Ball was still eager to continue acting and making people laugh along the way, which is when Life with Lucy came about in 1986. However, it’s not nearly as happy as it seems on the screen. The show chronicles how a grandmother somehow finds herself in comedic situations with her family members.

Ball’s former publicist, Thomas Watson, reveals, “The ‘I Love Lucy’ legacy allowed ‘Life with Lucy’ to happen, but it was a terrible burden,” making it anything but comedic.

“The show was written by the same people that worked on the original ‘I Love Lucy,’” Watson continues. “They were still writing for that Lucy, instead of a ‘Golden Girls’ kind of character or grandma.” Probably would’ve made more sense as a Golden Girls type of character, for sure.

Ball was allegedly still pretty optimistic about the new project, but she was sadly met with tons of criticism. Ann Dusenberry, who played Ball’s daughter in the series, reveals what she thinks about those negative reviews. “They were so bloody,” she says. “So bad and disrespectful. I was hurt for her. They showed no regard that she was an icon.”

Yet she is still one of America’s most recognizable icon

Life with Lucy was allegedly supposed to run for 22 episodes, but ABC only ran the show for 8. “It was so sad and disappointing,” Watson says. Ball’s friend Michael Stern remembers walking out with her and Ball being devastated by this news. “She started bawling,” he says.

Life with Lucy was Ball’s last credited role before she would pass away in 1989 at age 77 from an aortic dissection. However, she would still manage to get role offers into the last 3 years of her life. She’s best remembered for her self-produced sitcoms I Love Lucy, The Lucy Show, Here’s Lucy, and Life with Lucy. Ball is also remembered for the number of nominations and accolades she has received, including the Lifetime Achievement Award from the Kennedy Center Honors in 1986.

We will always remember and love Lucille Ball here at DYR!

Here Are Six Of The Most Inspiring Quotes From Actress Lucille Ball!