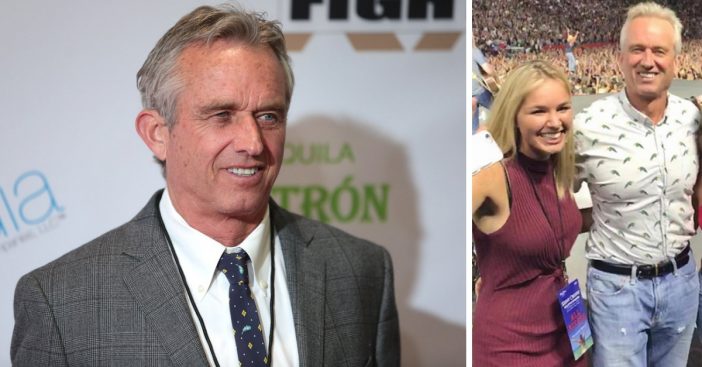 The Kennedy family suffered another great loss recently. Saoirse Kennedy Hill died at the age of 22. Robert F. Kennedy Jr. delivered a beautiful eulogy at his niece’s funeral that shows just what kind of person she was. It seems she was a kind soul that was taken way too soon.

The eulogy was published for the public to read on the website Medium. He starts it by talking about Saoirse’s childhood. It reads: “Saoirse was born in Washington, D.C. but she spent ages four through eight in Ireland. When my younger kids first met her on Cape Cod, she was an adorable, flaxen-haired Irish sprite, with sparkling eyes, peeling laughter, and a thick brogue.”

He wrote of her humor and how she found joy in everything and loves to make people laugh. He also talked about her vulnerability and how she loved to help others. Like many others, Robert mentioned how she opened up about her depression in her high school’s newspaper.

“The article’s most striking feature is her refusal to feel shame or embarrassment about her human condition,” he wrote. “She celebrated and embraced every part of herself, including her struggles with depression and recovery. [She] refused to keep her pain secret, to isolate herself or to become morose. She never reverted to self-pity.”

He talked about her last birthday

Robert also spoke of her last birthday. Many 22-year-olds would have wanted to party, but she wanted to give back. Saoirse and her father took pizza to the nurses at the hospital where Saoirse was born 22 years prior.

He ends the eulogy by saying, “In building ourselves better, we can build Saoirse a memorial, one that is displayed in the lives and character of the people she touched — those broken, suffering, and turbulent souls with whom she shared her peace and her deep, healing connection. We can pass on the kindness she modeled for us, to the people we now touch and on and on… In this way, we can craft her a monument at once more ephemeral, yet more enduring than stone or alabaster.

She adored you Paul and Courtney (her parents). We thank you for sharing her so generously with us. If anybody ever wondered whether God loves the Kennedys the proof is that he gave us Saoirse, this brilliant beam of light and laughter. Now, it’s time for us to cease being sad at her passing and to practice being grateful that we had her for 22 amazing years.”