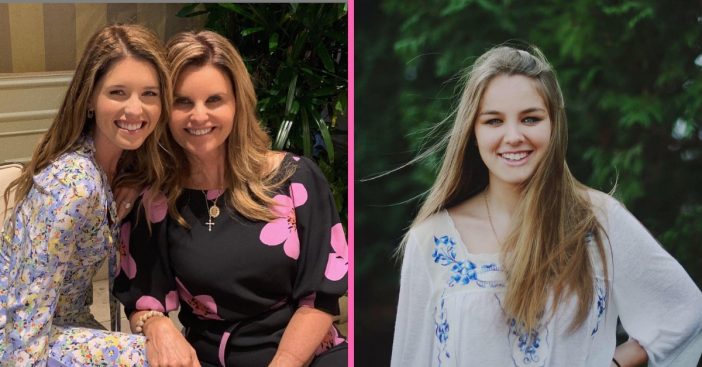 Katherine Schwarzenegger opens up about her family after they suffered another tragic loss. A week ago, the world lost Robert F. Kennedy‘s granddaughter and Katherine’s second cousin, Saoirse Kennedy Hill. She was only 22 years old and died of an apparent drug overdose.

After attending the funeral services for Saoirse, Katherine opened up about her family’s strength. She posted a photo on Instagram of a beautiful sky in Massachusetts. She wrote, “After wiping away the tears, after the beautiful sunsets, there is always a new day. It’s not the big events or pretty things that hold you up at the end of the day, it’s family.”

The beautiful message that Katherine shared

“I feel so incredibly blessed to be part of such a loving, supportive and strong family that shows up in good times and in tough times. I love each and every one of them and am so grateful to have them in my life.”

The Kennedy family has seen its fair share of tragedies over the years. Both John F. Kennedy and Robert F. Kennedy were assassinated in the ’60s. The family also lost Joseph Kennedy, Kathleen Cavendish, and John F. Kennedy Jr. in plane crashes. Do you remember where you were when you learned about all of these tragedies?

Seven years ago, they also lost Mary Richardson Kennedy. Saoirse was laid to rest next to her aunt Mary. Even though the family has seen so many hard times, Katherine noted that it was what made them rally together and stay strong.

Katherine’s mother, Maria Shriver, also shared a note on Instagram to honor Saoirse. She wrote, “Life is fragile and heartbreaking. It turns upside down in a minute. Love your children, hold them tight. Love your family, hold them close. [Love] your friends, keep them near. Be gentle with others, as so many are fragile and struggling. Actually, I think it’s best to assume everyone is struggling, so treat everyone with love, tenderness, and compassion. #ivebeenthinking”

We are sending our thoughts and prayers to the entire family! It is so heartbreaking when a family member passes away, especially a young one. RIP Saoirse. We hope that you have found peace.

Learn more about the details surrounding Saoirse’s death and the funeral.

Click for next Article
Previous article: Couple Celebrates Overcoming Meth Addiction With Inspiring Before And After Photos
Next Post: Do You Remember When Nicolas Cage And Cher Were In A Romantic Comedy?