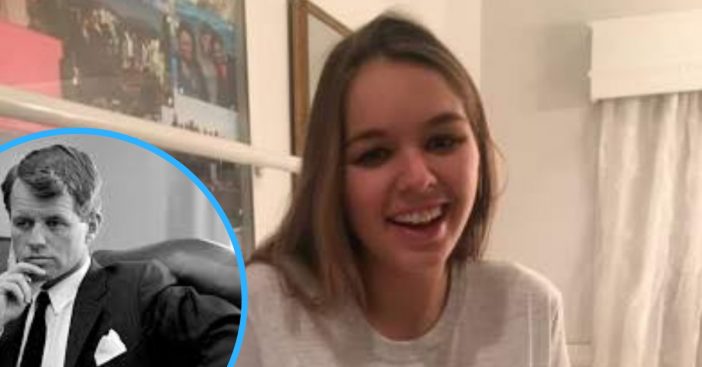 The granddaughter of Robert F. Kennedy, Saoirse Kennedy Hill, was found dead Thursday afternoon. She was found on the Kennedy Compound, but the cause of death is currently unknown. Saoirse was only 22 years old and was currently attending Boston College. For instance, she would have graduated soon.

The Kennedy family released a statement. For instance, the statement read, “Our hearts are shattered by the loss of our beloved Saoirse. Her life was filled with hope, promise, and love. She cared deeply about friends and family, especially her mother Courtney, her father Paul, her stepmother Stephanie, and her grandmother Ethel, who said, ‘The world is a little less beautiful today.'”

The statement continued, “She lit up our lives with her love, her peals of laughter and her generous spirit. Saoirse was passionately moved by the causes of human rights and women’s empowerment and found great joy in volunteer work, working alongside indigenous communities to build schools in Mexico. We will love her and miss her forever.”

Saoirse was the daughter of Paul Hill and Courtney Kennedy Hill. The police are currently investigating her death. The reports say it was an “unattended death.” Sadly, Saoirse had spoken out before about her struggles with depression.

While attending high school at the Deerfield Academy, she left for treatment for depression. In addition, she returned her senior year and wrote an op-ed for the school’s newspaper.

According to Yahoo, it read, “I didn’t care that students thought that I had left because of an eating disorder, or that I had been bullied, but it concerned me that my teachers and advisors didn’t know what I had been going through. Even though it was helpful for me to discuss my struggles with all of those important people in my life, it was still uncomfortable, and it was hard for me to take the initiative.”

In conclusion, our thoughts are prayers are with the Kennedy and Hill families. This is such sad news. RIP Saoirse.

Learn about what John F. Kennedy’s grandkids are up to now. We are thinking of them during this difficult time.