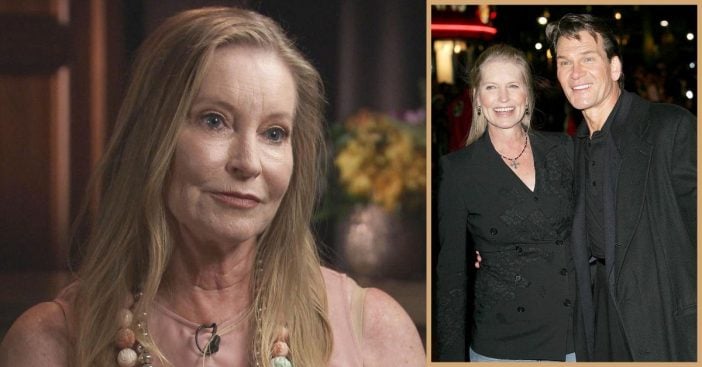 Patrick Swayze is best known for his roles in films like Dirty Dancing, Ghost, and Road House. However, the real Swayze will soon be revealed in a new documentary called I Am Patrick Swayze. The documentary is about the actor’s life, produced by his wife, Lisa Niemi.

Niemi speaks with Entertainment Tonight before the documentary’s release. She talks about her late husband’s career and his death in 2009 following pancreatic cancer.

“It’s the worst thing in the world to go through,” Niemi says about her late husband’s cancer battle. “You spend every day fighting for that person’s life. I know that he spent every day fighting for his own … He survived 22 months, which was miraculous with the diagnosis that he received.”
She also talks about how the two met as teenagers when Niemi was taking dance lessons from his mother. What a small world! They would marry in 1975 and were together until his unfortunate and tragic passing. “The first time Buddy (her nickname for Swayze) and I danced together was at a school exhibition,” Niemi explains. “We walked out on stage. I looked in his eyes, it was like everything came alive.”

Some friends and co-stars of Swayze will also appear in the documentary such as Demi Moore, Rob Lowe, and Jennifer Grey. They discuss how much they love him and how it was working alongside him. The documentary will also tackle some darker topics, like Swayze’s alcohol abuse and his separation with Niemi prior to his cancer diagnosis.

“When you lose someone, you never stop loving them and it’s — I feel like I have a different relationship with him now,” she says. “It’s just, he’s not physically present, you know what I mean?” She says she still talks to him “every day.”

The documentary will premiere on August 18th, 2019, at 9 p.m. ET/PT on the Paramount Network. That date also would mark the late actor’s 67th birthday if he were still alive.

Check out the teaser trailer for the documentary below! Will you be tuning in?

Take a look at the details about the new Patrick Swayze documentary here!

Click for next Article
Previous article: Couple Updates Hairstyle Together And Fall In Love With Each Other All Over Again
Next Post: Service Dogs Enjoy A ‘Billy Elliott’ Performance And The Photo’s A Real Treat