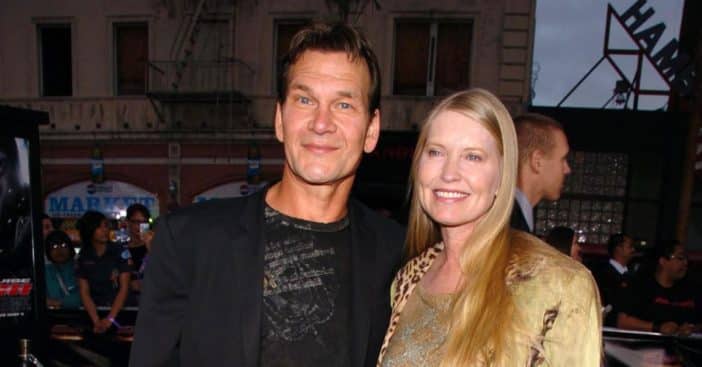 Patrick Swayze and Lisa Niemi Swayze were married for 34 years before Patrick’s death in 2009. He passed away at the age of 57 after a battle with advanced pancreatic cancer. In 2014, Lisa married again to jeweler Albert DePrisco after meeting through mutual friends.

Lisa opened up about her life after Patrick and how finding love again doesn’t mean that she doesn’t still love Patrick deeply. She explained, “I love Patrick so deeply — and it’s interesting because that hasn’t changed in finding new love. Just because you lose someone doesn’t mean love stops.”

She added that she and Albert “felt so blessed to find each other because we still have a lot of love to give, and it’s wonderful to find someone to give it to.” Since Patrick’s death, Lisa hopes to keep his legacy alive and share awareness for pancreatic cancer. She said, “The only way we’re going to stop [pancreatic cancer] is by funding and research and better treatments and early detection.”

Lisa also shared a memory of Patrick while he was dealing with cancer treatments. She shared, “It was a beautiful day and his eyes glistened, and he said, ‘I want to live.’ I know that everybody else out there that is dealing with this disease and their families feel exactly the same.”

This year, Patrick would have turned 70 years old and Lisa admitted that it has been hard for her. She concluded, “As time goes on, it never goes away. It’s kind of like a wound, and it heals over, but there’s always that scar. And it may not be as visible, but it’s always there, and you never know when it will raise its head again.” Even so, she said she would do it all over again if she could.