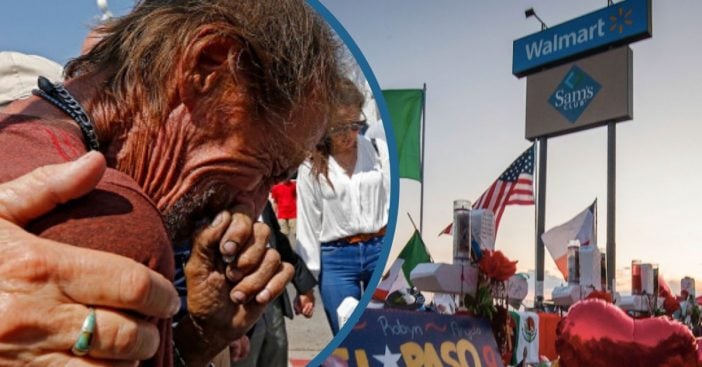 One man by the name of Antonio Basco, 61, just lost his wife of 22 years in the tragic Walmart El Paso shooting. He is now inviting the public to attend his wife’s funeral because he doesn’t have any immediate family. Perches Funeral Home makes the announcement on behalf of Antonio.

“Mr. Antonio Basco was Married for 22yrs to his wife Margie Reckard, He had no other family. He welcomes anyone to attend his Wife’s services. On Friday August 16th, Perches Funeral HomeNortheast on 4946 Hondo Pass from 5-9pm. 🙏❤️Let’s show him & his Wife some El Paso Love❤️”

How Antonio is coping after the El Paso shooting

His wife, Margie Reckard, was born in Baltimore, Maryland, and leaves behind two sons and two daughters. Her eldest son says that she suffered from Parkinson’s disease. Despite this, Antonio says that he remembers his wife as someone who always took care of him.

“I’ve been lost. I’m like a puppy run away from its momma,” he says about how he’s been coping. “But my wife, she’d say get up off your rear end and grow up. Because now I’ve got to take care of the bills, take care of the cat.”

He continues, “When I met her, she was an angel and she still is… I was supposed to be the strong one but I found out I’m the weak one, and she’s going to be missed a lot.”

While Antonio does not have any family of his own, his wife’s family will be coming in from out of town. Antonio welcomes anyone from the public to grieve with and lend support.

Other stories to come out of the tragic situation

“We want to thank the people of El Paso because without them, I don’t know what we would have done,” says daughter-in-law Hilda Nuzzi. “Everyone is amazing.” The community coming together during this tragic time is just one of the silver lining stories to come out of this situation.

An off-duty U.S. soldier by the name of Glendon Oakley carried children to safety during the shooting at the El Paso Walmart. The soldier says he did have his gun on him and has a license to carry. As soon as he fled the mall, he sees “a whole bunch of kids just running around without their parents.” That’s when he and another man just began scooping up children and running them to safer grounds. Because of him, many children present at that location are now alive today.

There is truly nothing better than the community coming together and supporting one another.

Take a look at how one community comes together to help out these 84-year-old veteran twins who are homeless.

Click for next Article
Previous article: Kelly Ripa Says Parents Should “Hold Off As Long As Possible” On Giving Kids Cell Phones
Next Post: Henry Winkler Shares A Story Of How Fonzie Saved A Young Fan’s Life