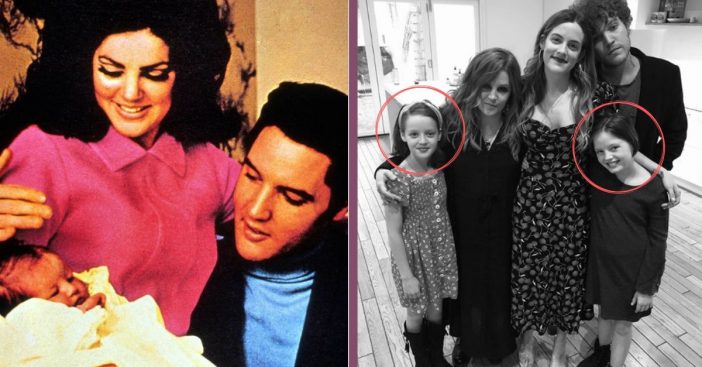 Priscilla talks about what her twin granddaughters are up to

The 74-year-old grandmother took the opportunity to really gush about her twin granddaughters and it’s pretty adorable. “I think they’re quite talented actually,” Priscilla says. “They were in ballet and dance class and opera, so they’re testing the waters a little bit.”

Sounds like the whole family has been keeping busy with their creative work! While Lisa Marie is working on her new book, Priscilla is working closely with director Baz Luhrmann on a biopic about the late King of Rock and Roll. Priscilla says that the family is “very much involved” with the creative process of the film.

Priscilla continues on about the upcoming biopic, “It’s going to be a very interesting picture… Of course, [with] Baz, it’s going to be stylized very different and [be] a different take, something quite honest. We’re really looking forward to it.”

As far as Lisa Marie’s new book deal goes, we’re all curious to see what new details could arise about the people involved.

“There was a very profound point in the marriage when he had to make a decision. Was it the drugs and the sort of vampires, or me? And he pushed me away.” Lisa Marie says about being with Michael Jackson. “The one thing that correlates with Michael and with my father on this subject is that they had the luxury of creating whatever reality around them they wanted to create.”

Think you know everything there is to know about Lisa Marie Presley? Check out these interesting facts about her life you may have not known before!

Click for next Article
Previous article: Henry Winkler Shares A Story Of How Fonzie Saved A Young Fan’s Life
Next Post: Richard Gere Delivers Food and Water to 121 People Stuck Aboard Ship in the Mediterranean