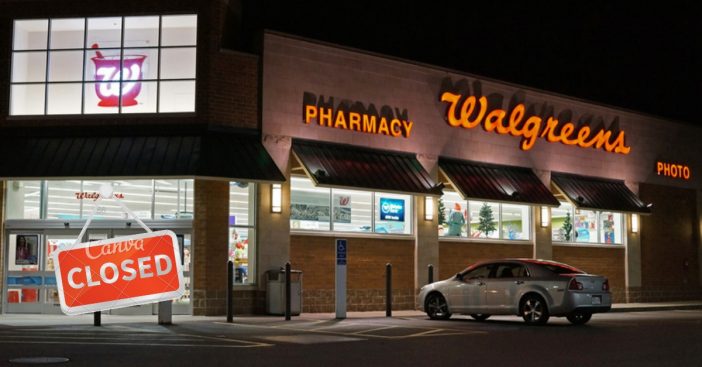 The pharmacy chain Walgreens has announced that they are closing 200 stores across the country. There are currently over 10,000 Walgreens in the United States, so 200 stores will be less than 3% of their overall stores. They have not announced which stores will be closing yet. The last time there was a round of Walgreens stores closing was in 2015.

According to TODAY, Jim Cohn, senior director for corporate media relations, said, “Given that we have multiple locations in many markets, we anticipate minimal disruption to customers and patients. We also anticipate being able to retain the majority of the impacted store team members in other nearby locations.”

Why so many Walgreens locations are closing soon

“We’re undertaking a transformational cost management program to accelerate the ongoing transformation of our business, enable investments in key areas and to become a more efficient enterprise,” he continued. “The planned closure approximately 200 stores in the U.S. are a part of that effort.”

This year will likely see the all-time record of retail stores closing in the U.S. CVS Pharmacy will also be closing 46 stores soon, and likely more if they are not performing. In addition to closing underperforming stores, many chains are not opening as many new stores each year.

For example, CVS usually opens around 300 new stores per year. Now, they will drop down to 100 and then 50 new stores.

Other stores that have announced downsizing this year are Topshop, Gap, Party City, Bath and Body Works, Victoria’s Secret, Sears, and more. Other stores are closing altogether. Some examples are Payless and Dressbarn.

In 2017, 8,139 stores closed and hit the all-time record. In June 2019, over 7,000 stores had already closed, which means we may see a new record in 2019. With more people shopping online these days, brick and mortar retailers seem to be in trouble.

If you’re heading to Walgreens, you might want to check out these supplements that may cut your risk of dementia in half!