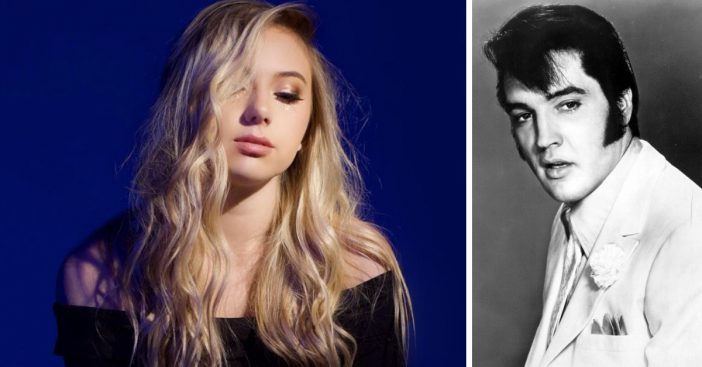 Lauren Marie Presley just released a new video and we are in awe. The 12-year-old is singing Sara Evans’ song “A Little Bit Stronger.” Lauren is working towards a career in the music industry. She really is talented and many people seem to agree. Some of the comments on her video say things like, “She has the blood of the King in her. I can tell.”

Lauren’s father is a distant cousin of Elvis, and you can tell she has those genes! Yet famous last name or not, the girl has pipes. She is currently working hard to get a career in Nashville. It seems she loves singing country tunes.

“A Little Big Stronger” is sung by country singer Sara Evans. It was co-written by Lady Antebellum’s Hillary Scott. The song was also featured in the film Country Strong. In the movie and on the soundtrack, actress Leighton Meester sang the song. Which version do you like the most?

Watch Lauren’s version of “A Little Bit Stronger” below and let us know what you think of her voice! The video is simple, just Lauren recording the song in a studio. However, it really shows her passion for singing and her talent. Do you think she sounds a little bit like Elvis?

Elvis Presley has been in the news a lot lately. 40 years after his untimely death, a biopic is in the works. We previously reported that Austin Butler will be playing the role of Elvis and Tom Hanks will star as Elvis’ longtime manager. Some people, including Priscila Presley, think that singer Lana Del Rey should play Priscila in the film. What do you think?