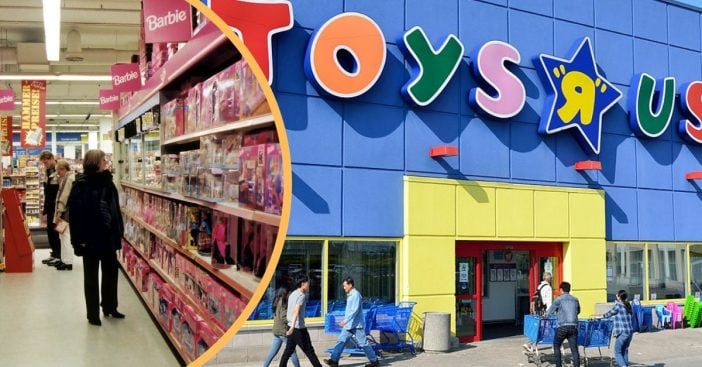 The CEO of Tru Kids Brands and former global chief merchandising officer at Toys “R” Us, Richard Barry, has confirmed the return of the store! They plan to open at least two store locations this year. This comes after the toy brand filed for bankruptcy and closed all of their stores. Tru Kids Brands’ owners won the rights for Toys “R” Us last year.

The brand also took over the assets for Toys “R” Us, including Geoffrey the Giraffe and Babies “R” Us.

“We’re definitely coming back in 2019. At minimum two stores. There’s more planned for 2020,” the person said. The new stores will be smaller than Toys “R” Us’ old stores and “experiential,” an insider for the company says, according to reports.

“They’re considering opening two stores to begin with and then go from there. I hope they’re successful… There is a need for an independent toy chain in the US, whether it’s Toys ‘R’ Us or something else.”

Isaac Larian, the billionaire toy executive behind Bratz dolls and Little Tikes toys, tried to buy pitch plans for Toys “R” us recently. However, his plans to buy roughly 300 Toys “R” Us locations in the U.S. and Canada were rejected. However, Tru Kids Brand has really been picking up steam since it acquired the rights of the toy company.

They teamed up with Kroger grocery to set up “Geoffrey’s Toy Box” sections in 600 stores during the holiday season. Additionally, 35 toys were part of the promotion, featuring the legendary Toys “R” Us giraffe mascot, Geoffrey the Giraffe!

More than 700 Toys “R” Us locations closed in the U.S. last year, leaving many of the buildings abandoned. The company kept 900 store locations open in Europe, Asia, and India. The new owners of the toy company plan to open another 70 stores overseas by the end of the year. They plan to open these new international locations mostly in Asia.

We’re so excited to hear that Toys “R” Us is slowly but surely making a comeback! Do you remember when your local Toys “R” Us closed? Take a look at the sad video below, where someone documents the final 10 minutes of their Toys “R” Us being open for business. So sad!

Take a look at the details from when Toys “R” Us originally filed for bankruptcy. Sounds like they’ve come a long way!

Previous article: What Happened To Restaurant Arthur Treacher’s Fish & Chips?
Next Post: ‘Star Wars’ Action Figures From The 1970s Have Been Re-Released