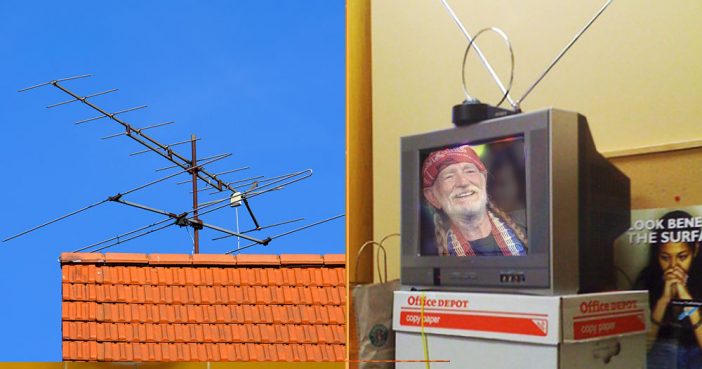 Remember the days when you would watch TV in the living room, and the picture became full of static? You’d have to get up and adjust the rabbit antenna for a good five minutes to get it back. A little move here, a little twitch there, until you found the perfect sweet spot to continue the show. But of course, you missed the best part.

Thankfully, those days are not coming back—except for the antenna concept. Today’s generations are cutting ties with their cable companies and going back to basics with the TV channels they can get for free, by using a digital antenna.

With streaming services like Netflix, Hulu, Amazon, and YouTube, watching your favorite shows is easy and can cost as little as $25 a month. You don’t need to record anything or make sure you make it home in time to catch the next episode of This Is Us. Hulu has you covered there!

So it’s no wonder that the price for cable seems overpriced and unnecessary to many people today.  Because of this, antennas are making a comeback. Not those rabbit ears, though. We’re talking about a $20 flat device that you plug into the back of your TV.

The older generations used to scoff at the idea of paying to watch TV when you could watch it for free. Today, some of the younger generations did not even realize that you could get TV for free at all! In the last four years, the percentage of households in the US using a digital antenna has almost doubled—going from 16% in 2015 to 28% in 2019.

The only difficulty is for homes that live in areas that do not get the best reception. In the rabbit ear days, having a poor signal meant watching your show through a layer of mild (albeit annoying) static.

However, in an interview with Newsday, TV enthusiast Bruce Walzer said, “With digital TV, the picture is either perfect, glitchy or not there at all. So people who used to watch snowy TV in the analog days are mostly out of luck now.”

Fortunately, the technology around the digital antenna is improving. There are things you can do to get a better signal if you’re struggling. Try making sure your antenna is as close to a window as you can get it. Also, try moving it higher up off the ground.

It’s interesting to learn that things we once thought we would never go back to, come back around!

There are some live broadcasts that reached millions of people.

Learn about the top six most-watched live broadcasts of all time.

Previous article: Reminisce On 10 Of Fleetwood Mac’s Greatest Hits
Next Post: Hard-Working Frugal Carpenter Saved Up To Give Full College Tuition To 33 Strangers