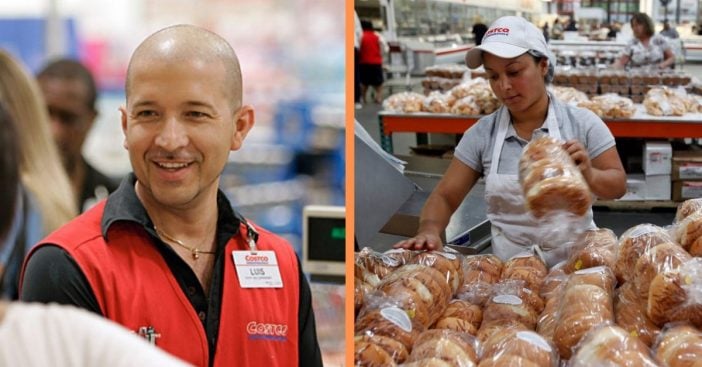 Costco is a fan-favorite because they have literally everything you can imagine. It’s also a favorite among workers as it’s been recognized as one of the best places to work, providing decent wages for its employees. The membership-only wholesale store employs more than 245,000 workers and is known for its benefits and perks for its employees.

Finally, Costco employees reveal how much money they actually make from working at the wholesale store. All data reports are from Business Insider.

How much Costco employees really make, by position

Reports show that Costco has consistently raised its starting rate. It stands at well over the national minimum wage of just $7.25. Business Insider confirms that a raise to $14 from $14 occurred in 2018. Another increase to $15 an hour began back in March. This change allows Costco to now compete with Amazon, which raised its own minimum wage for its workers to $15 last year.

According to self-reported salaries in both Payscale and Glassdoor, experts were able to come up with average hourly pay. It’s important to note that higher positions such as senior management roles or pharmacy technicians may get pay upwards of $25 an hour.

Cart collectors claim on Payscale that they earn an average of $12 an hour. Gas station attendants earn an average of $13 an hour. Stockers report averages of $13-$14. Most cashiers claim to earn around $14. Front-end assistants make the same amount as cashiers as do meat-wrappers and bakers. Cake decorators, however, can earn anywhere between $13 and $15 an hour.

Travel agents say they earn $15, the exact minimum wage for Costco now. Photo lab technicians rise above the normal pay scale, earning anywhere from $14 to $16 an hour. Tire technicians earn between $14 and $17. When it comes to pharmacy employees, they may earn anywhere from $15 to $23 an hour!

Continuing, wine stewards and stewardesses earn about $16 an hour. Forklift drivers salaries skyrocket to about $20 an hour. Payroll clerks are the cream of the crop on the pay scale, earning $23-$24 an hour. However, truck drivers even top that with hourly wages of $18 to $27 an hour! Audiologists rank at $24 an hour and supervisors may earn $20-$26 an hour.

Finally, licensed opticians can earn anywhere from $22 to $27 an hour! How amazing is that?

Can you believe some of the wages these retail employees make?

While Walmart is not even close to putting a dent in Costco’s or Amazon’s success, its managers have also revealed how much they make… and it’s pretty impressive!

Previous article: Jon Stewart Slams Congress For Its Negligence On 9/11 First Responders Healthcare
Next Post: Check Out These Insane Photos Of An Upside-Down House