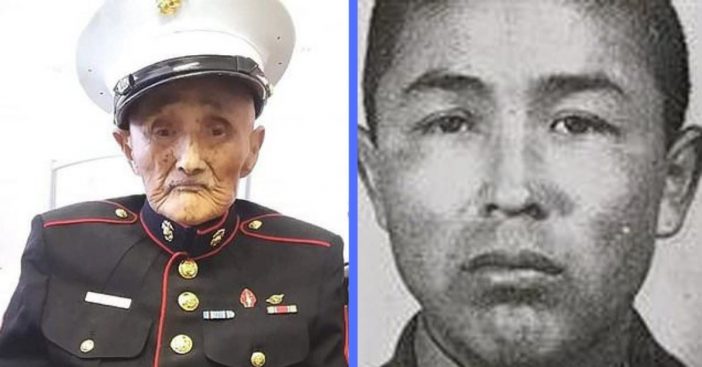 Navajo Nation President Jonathan Nez confirmed that Brown died Monday, June 3rd, in Winslow, Arizona. The cause of death is not known.

Brown was born among several Navajos who would end up serving in the Marine Corps. They used a code based on their native language in order to outsmart the Japanese during World War II. He enlists in 1944 and, as a result, is honorably discharged in 1946.

What an amazing legacy to have and an incredible life to live. May he rest in peace.

Take a look at this story about a 97-year-old D-Day veteran taking a dive out of a plane and parachuting into Normandy in honor of the anniversary.

Previous article: ’70s Kids Commercial Star Says ‘My 26-Year-Old Model Girlfriend Is Out Of My League’
Next Post: Woman Claims She Was Kicked Out Of Golden Corral For Dressing “Too Provocatively”