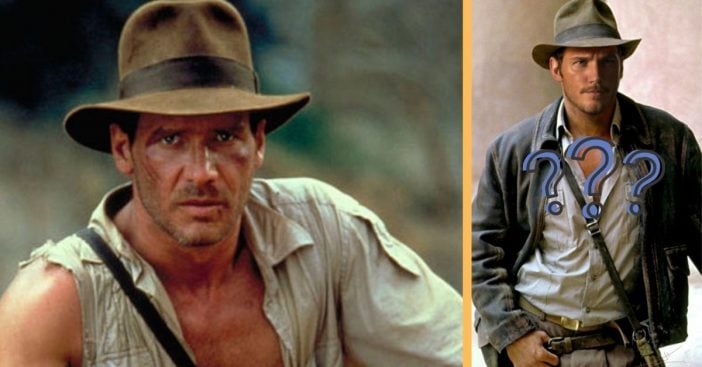 Despite rumors of Chris Pratt taking over the role of Indiana Jones in an upcoming reboot, Harrison Ford has been very transparent about the fact that he doesn’t agree with it. “Nobody is gonna be Indiana Jones! Don’t you get it? I’m Indiana Jones. When I’m gone, he’s gone. It’s easy,” the 78-year-old said on the TODAY show.

“This is a hell of a way to tell Chris Pine this. I’m sorry, man,” jokingly saying his name as Chris Pine instead of Chris Pratt. The 39-year-old actor has been tied to the Indiana Jones franchise since 2015 when Disney bought back the rights for it from Paramount in 2013.

Pratt has become one of the most sought-after actors to have in action films such as Avengers: Endgame and Jurassic World. However, it’s safe to say that he will not be taking over the Indiana Jones franchise anytime soon with Ford around.

The next and fifth installment of the Indiana Jones franchise is slated for a 2021 release, and Ford will be reprising the role under the direction of Steven Spielberg. In the meantime, Ford has been lending his voice for the character Rooster in The Secret Life of Pets 2, which is slated for a June 7th release this year.

The Indiana Jones franchise has been praised for decades by both film critics and the general public alike. The first three films were all nominated for Academy Awards, including Best Art Direction, Best Sound, Best Director, Best Original Score, and Best Picture. In all, the franchise has taken home 6 Academy Awards for its work.

Do you remember watching all of the Indiana Jones films? Do you think Chris Pratt would make a good replacement?

The Indiana Jones films were amazing, but do you remember these films from 1982?

Previous article: Do You Remember These Six Incredible U.S. Vacation Spots That No Longer Exist?
Next Post: Ten Celebrity Couples That Have Been Together Forever