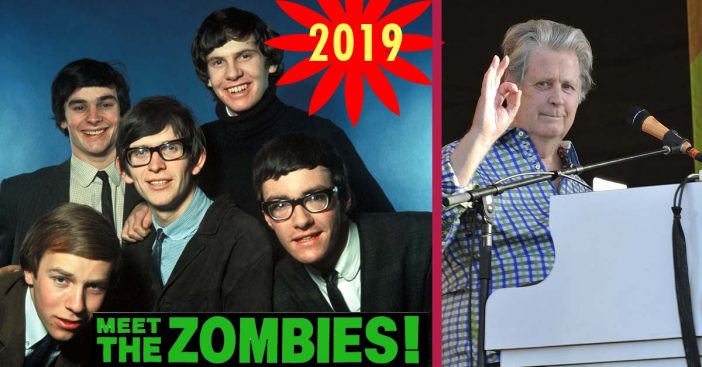 Yes, you read that right! Brian Wilson from The Beach Boys and The Zombies have just announced a new North American tour called the “Something Great from ’68” tour. It will kick off at the end of August this year in Las Vegas and wrap up the following month in New York City.

Brian Wilson will be highlighting The Beach Boys’ 1968 album Friends and 1971’s Surf’s Up during this tour, while The Zombies is slated to play Odessey and Oracle in full, all according to the official touring website. There’s no ticket information available just yet, but there are official tour dates! Stick around to see if they’re coming to a city near you.

Wilson gave a short statement to Rolling Stone about the tour, saying, “It’s been quite a year and I’m ready to go out and tour some music that makes everyone have a feel-good vibe. The Friends album has always been one of my favorites, and I love the music from that time in history.”

The Zombies will also be accompanied by founding members Chris White (on bass) and Hugh Grundy (drums) for all except the first two dates of the tour. The group was also recently inducted in the Rock and Roll Hall of Fame.

Wilson’s musical director, Darian Sahanaja, also told Rolling Stone that, “any fan of Pet Sounds should immediately identify with Odessey and Oracle. Rich harmonic tapestries, baroque impressions with an underlying melancholy … classicism with an emotional yearning that I find common in both Brian’s songwriting and that of the Zombies. To be able to perform with both entities on the same bill is a dream within a dream within a ‘hung up’ dream come true.”

Continue reading to see if The Zombies and Brian Wilson will be hitting your city or state later this year!

Be sure to SHARE this article if you’re excited about this tour!

Check out the live performance below of Brian Wilson playing The Beach Boys’ “I Get Around” from 2018: