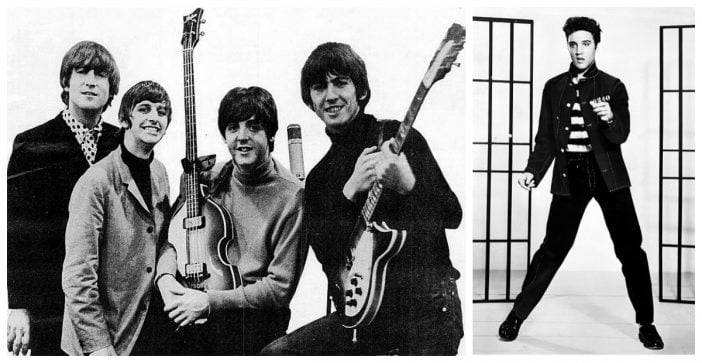 It’s no secret that the ’60s was a great year for music, especially 1965. By the year’s end, Billboard had just finished wrapping up their Top 100 list, and we know you’ll recognize the songs that made it into the Top 10!

With tracks by The Temptations and The Beatles, this list is sure to give you a reminder about the good old days! Here’s a look-back at the top 10 songs on the Billboard 100 from 1965.

1. Wooly Bully – Sam the Sham and the Pharaohs

Topping the list at #1 is “Wooly Bully”! This track is well-known by pretty much everyone. It’s a super popular song, then and now!

You’ve definitely heard this on the radio a million times. It’s a pretty adorable tune! Coming in at #2, “Sugar Pie Honey Bunch.”

3. (I Can’t Get No) Satisfaction – The Rolling Stones

One of the many top hits from this band, The Rolling Stones equipped the third spot on the Billboard 100 in 1965 with “(I Can’t Get No) Satisfaction.”

An underrated band of the 1960s, We Five managed to hold the #4 spot with their song “You Were On My Mind.”

There’s a lot of “brothers” bands, but this one proved to be one of the best! The Righteous Brothers claimed #5 with “You’ve Lost That Lovin’ Feelin.”

The iconic song “Downtown” that every household knows and loves actually claimed #6 in the Billboard 100. This is undoubtedly Petula Clark’s most popular tune!

Go to the next page to learn the final songs that made the Top 10!