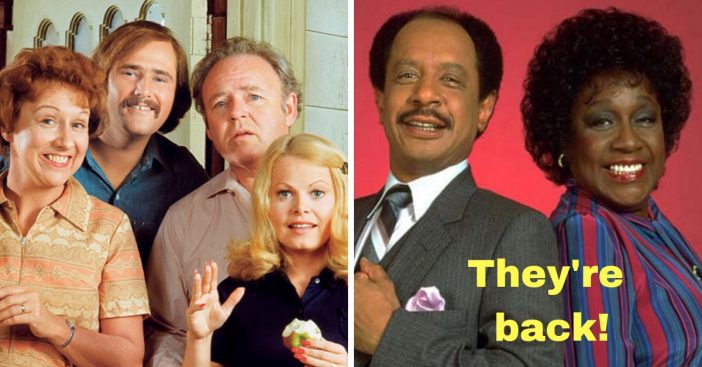 Now, two of the most iconic sitcoms of all time are getting a reboot… for one night only. There will be a one night only live television special with new stars playing some of your favorite characters. Norman Lear, the writer and producer of All in the Family and The Jeffersons is behind this incredible special.

Who will play the incredible roles of The Bunkers and The Jeffersons?

Reports show that Woody Harrelson and Marisa Tomei will play Archie and Edith Bunker. In the original series, these characters were played by Caroll O’Connor and Jean Stapelton.

Jamie Foxx and Wanda Sykes will play Geroge and Weezy Jefferson. The original cast was Sherman Hemsley and Isabel Sanford.

In All in the Family, the show touched on topics such as racism, sexism and other timely concerns. The Bunkers and the Jeffersons were neighbors and The Jeffersons were so popular that they ended up getting their own spinoff series!

Other stars in the cast have already been announced

Ellie Kemper, Will Ferrell, and Justina Machado have also been cast in the special. Other stars will be announced soon, so stay tuned. Norman Lear and television host Jimmy Kimmel will host the special.

Norman hopes to share how timeless both of these shows are. He said he was very excited that such big names agreed to play these characters. It just proves how important the shows were and how relevant they still are today.

It is exciting that a new audience will see the magic of these sitcoms!

When will it air?

Live In Front Of A Studio Audience: Norman Lear’s ‘All In The Family’ and ‘The Jeffersons’ will air May 22 from 8-9:30 p.m. ET on ABC. Are you excited to watch this live next month? We will certainly be watching!

Are you excited for this one night reboot of All in the Family and The Jeffersons or do you think they should leave this classic show alone?

If you enjoyed this article, please SHARE with your friends and family who will be very excited to watch this!

Watch the video below to learn more about the reboot: