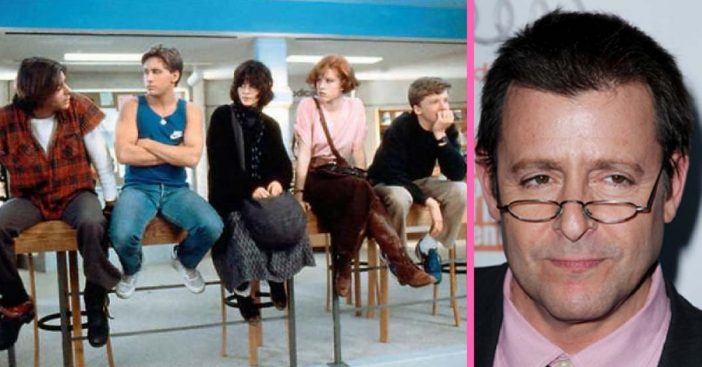 The Breakfast Club has become one of the most popular movies of all-time, earning a selection for preservation in the United States National Film Registry by the Library of Congress for being “culturally, historically, or aesthetically significant.” So, what is the cast up to 34 years later?

More recently, she plays the role of Archie’s mom in the CW’s Riverdale.

“I think that sometimes you don’t have the opportunities for some of the most A-list-type movies, big-budget movies, but I think it’s important to keep working and make the best of what’s available,” Nelson told The A.V. Club in reference to his very diverse and sometimes lowkey projects. His IMDb reports that he has landed a few 2020 film roles for Electric Jesus and Iceland Is Best. Also a role for the TV series In-Security.

He hosted Saturday Night Live in 1994, appeared in Bon Jovi’s “Blaze of Glory” music video, and guest-appeared on Two and a Half Men. The most recent film that he directed and starred in was The Public. Estevez is currently in the process of filming for a TV series he will be appearing in called The Mighty Ducks.

Anthony Michael Hall played the role of Brian Johnson, a geek who was part of the math club, business club, and physics club. After The Breakfast Club, Hall went onto guest star on Murder, She Wrote, Entourage, and CSI: Miami. He also played the villainous role in the film Edward Scissorhands.

He recently played Principal Featherhead on a Breakfast Club-inspired episode of Riverdale and appeared in TV series The Blacklist. Hall also has a role in the 2020 film Halloween Kills and the 2021 film Something About Her. He is also working on a film in pre-production called Zero.

Ally Sheedy played the role of Allison Reynolds, a social outcast. After The Breakfast Club, Sheedy went on to appear in several TV movies and television shows including The Fury Within, The Veteran, and CSI: Crime Scene Investigation. More recently, she has guest-appeared on season two of the TV series SMILF and had a cameo in the 2016 film X-Men: Apocalypse.

Giving an honorable mention to Paul Gleason, who played principal Richard Vernon who attempted to make sure the kids stayed out of trouble while in detention. Gleason sadly passed away in 2006, but appeared in several shows after The Breakfast Club such as The Wonder Years, Seinfeld, Boy Meets World, Melrose Place, Friends, Dawson’s Creek, and many more.

Be sure to SHARE this article if you love The Breakfast Club movie!

Relive memories from this iconic movie by checking out the dancing in the library scene below: