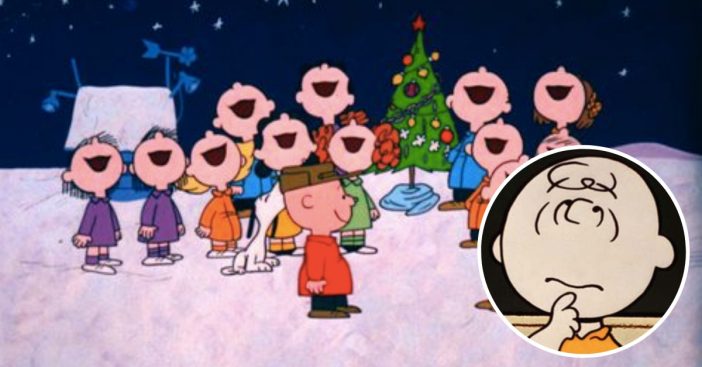 A Charlie Brown Christmas originally aired on December 9th, 1965 on CBS and has since then been deemed one of the most treasured and traditional Christmas movies to date. While it has become a timeless classic every year when Christmas rolls around, directors and producers originally predicted that the premiere would be a complete disaster.

The special was originally based on the creation of the Peanuts by Charles M. Schulz in 1950. Since the original comic strip and vintage film classics, a continuation of the Charlie Brown franchise has been ongoing, its most recent release being The Peanuts Movie in 2015. Here are 6 facts you need to know before you watch A Charlie Brown Christmas!

The man who created it all was not interested in animation. Since the debut of the Peanuts in the 1950s, Schulz had received a slew of offers to adopt the characters for film and television production. Many young readers also wrote to Schulz asking when Snoopy would come to animated life, to which he responded, “There are some greater things in the world than TV animated cartoons.”

Schulz eventually allowed Charlie Brown to appear in commercials for the Ford Falcon in the early 1960s and soon enough, Bill Melendez was on the animation team for bringing the franchise to life because Schulz liked his simplistic style.

2. Snoopy’s voice is sped-up nonsense by the animator

Schulz told Melendez, his animator, that he didn’t want Snoopy to be able to talk because, well, he’s a dog and dogs don’t talk realistically. This is when Melendez just decided to bark and make noises into a microphone, then speed up the recording to give life to what we know as Snoopy’s ‘voice’.

3. Schulz was deeply embarrassed by one scene in particular…

Schulz is embarrassed by a scene where it appears that the branches of the tree that Charlie Brown is holding appear to grow larger and larger as each still progresses. He blamed this on two animators who didn’t know what the other was doing.

4. Coca-Cola and CBS hated it

CBS and Coca-Cola gave Schulz $76,000 to produce the Christmas special and they absolutely hated it. In fact, it was almost scrapped completely. Not only that, but apparently Schulz thought the project was disastrous as well because of how the animation came out. Basically, no one was happy with the project, but it aired anyway. Half the country watched the premiere that evening.

One of the most iconic parts of the Christmas special is the soundtrack itself. Complete with beautiful jazz music by Vince Guaraldi, some of those songs have become Christmas tradition along with the special. Schulz actually hated jazz music when he was still alive and stated to a reporter in past years that he left the musical decisions up to Melendez.

6. Charlie Brown’s head was apparently a nightmare to animate

Since Charlie Brown was never intended to be animated (and they refused to stray from Schulz’s original style) it was allegedly very difficult to animate the movement of Charlie Brown’s head. The round shape made it difficult to tell when Charlie was turning around and his arms were realistically too small to reach his head.

What did you think of these facts about Charlie Brown and, specifically, A Charlie Brown Christmas? Be sure to SHARE this article with your friends and family!