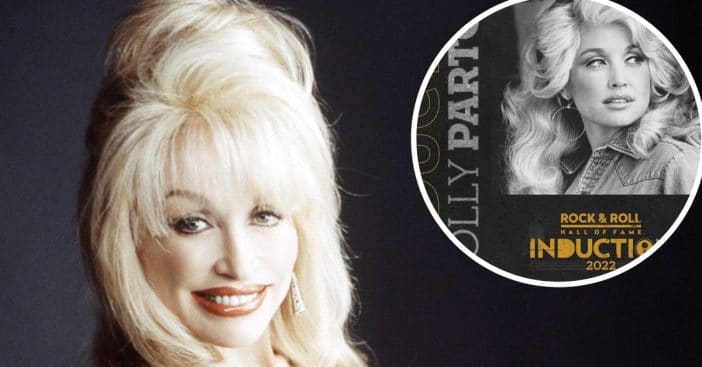 Dolly Parton asked to “respectfully bow out” after being nominated for induction into the Rock & Roll Hall of Fame. Despite her wishes, she has indeed been inducted. Dolly admitted that she didn’t feel right about the honor because she wasn’t technically a rock artist.

However, the Rock & Roll Hall of Fame responded that music from any genre can be considered and they kept her in the running. Now Dolly joins the next class of inductees which also includes Eminem, Duran Duran, Pat Benatar, Lionel Richie, Carly Simon, and Eurythmics.

Artists are eligible to be nominated for induction 25 years after the release of their first commercial recording. Some artists are nominated several times before being awarded the prestigious honor.

Dolly was inducted into the Country Music Hall of Fame back in 1999. Several other iconic country music artists are also in the Rock & Roll Hall of Fame including Johnny Cash and Hank Williams.

The 37th annual induction ceremony will be held in Los Angeles on November 5, 2022. It will air on HBO and HBO Max sometime after. Congrats to Dolly and the other inductees!