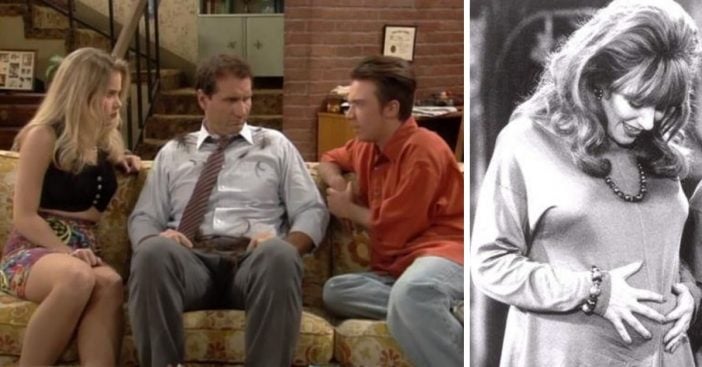 One of the best television sitcoms to air was Married… with Children, which was on the air from 1987 to 1997. It’s considered one of the best out there due to the dysfunctionality of the on-air family and how they were never once depicted as a perfect, happy family. There were definitely some issues along the way!

The premiere episode of season six is one episode that will always tug at the heartstrings of fans of the show. This episode was when the Bundy family friends, Jefferson and Marcy, tell them that they are expecting a child. This is when Peggy reveals she is also pregnant and Al becomes completely distraught at this discovery.

Despite Al’s freakout about the sudden pregnancy of Peggy, most of his worries being about money and general support, the season was incredibly funny and made many fans laugh. Then, at the end of the 11 episodes, Al realizes that it was all a dream and the last few episodes in the season were also just a dream.

The last few episodes were written as just a dream to signify that Peggy and Marcy were no longer pregnant. However, there was a reason for this sudden change in the plot.

The directors and producers made this change out of consideration for the actress of Peggy, Katey Sagal. Sagal was pregnant for the majority of the season but unfortunately lost her baby to stillbirth at 8 months in. Sagal was taking the loss incredibly hard, she revealed while on The View.

“This is what they say about stillbirth, that 60 percent of it is God’s will and there’s no medical reason – and that’s what I was told,” she says, “And I just couldn’t let go of the control of somehow, [the notion that] I had done something wrong.”

The show decided to make Peggy’s pregnancy a dream due to the fact that it could’ve been incredibly traumatic for Sagal to interact with an infant on the show while also dealing with the loss of her own child.

After this tragic loss, Sagal would go on to have two more children within her time on Married… with Children, and a third after the show ended. None of these pregnancies were written into the show. “I wouldn’t have the three I have if I hadn’t had her,” Sagal recalls about her children.

While it’s incredibly unfortunate and tragic what happened with Sagal’s first pregnancy, it’s very heartwarming to hear that her directors and producers took such good care of her in such a difficult time.

Please SHARE this article if you remember watching Married… with Children! Check out the video below of some of the funniest scenes from the pregnancy reveal episode.

Previous article: ‘Kit Homes’ From Sears Catalogs In The Early 1900s Are Being Sold For Millions
Next Post: This 1958 Article Of ‘Ways to Get a Husband’ Proves How Much Dating Has Changed In 60 Years