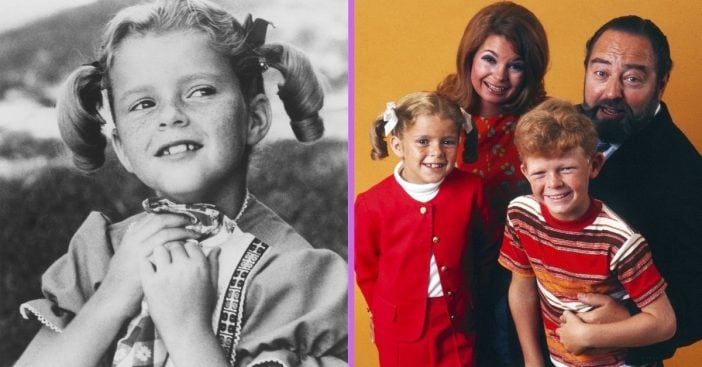 It’s always disheartening and unpleasant to read that a beloved Hollywood icon has taken their life. Many a time, it was unbeknownst to the public that the person was struggling, although sometimes they have alluded to it in the past (i.e. Robin Williams, just to name an example). Family Affair star Anissa Jones was one of the many who lost her life after several years of stardom, beginning when she was just four years old.

“Acting proved to be the big break for the Jones family. The parents divorced shortly after moving to California and Mrs. Jones suddenly had to look for a job. A neighbor who had a child making TV commercials suggested that Mrs. Jones get Anissa started in the same field. Some four commercials later, Anissa was seen and signed by a producer of Family Affair for the part of Buffy,” The San Francisco Examiner reports.

It’s no surprise that Anissa’s stardom led to a loss of identity at a young age. “She is always ready to say, ‘Please call me Anissa’ when people refer to her as Buffy, her name on the show. I do think she likes to be recognized in public — it has some meaning,” says Patty, her mother.

It was by 1970 that Anissa was doing a lot of public appearances, which allowed her very little private time. Geoffrey Mark, one of the creative forces behind a number of Inside Television’s Greatest and Behind the Fame documentaries, states how child actors were required the same responsibilities as that of an adult actor.

“So, not only are they working as actors in a weekly show, but they’re also required to do talk shows and publicity stunts and meet with the sponsors and fly across the country,” Geoffrey says. Their time by contract belonged to the production company and the network. That’s a lot of pressure to put on someone less than 10 years old, less so where one has a good family life where one has parents really working on behalf of the children to make sure their lives are as normal as possible. Where that love and affection are not only given because of the paycheck they’re bringing in. In Anissa’s case, this wasn’t true. Her father and mother divorced, her mother was a pushy stage mother who, after Anissa’s father died, pushed her to be the family breadwinner.”

The beginnings of a downward spiral

Family Affair finally came to an end in 1971, and Anissa’s career came to a bit of a halt. Many people were not willing to take her on due to the image she had already made for herself on the show. Instead of focusing on acting, she refocused on education and enrolled at Westchester High School in Los Angeles. However, it didn’t really work out the way she hoped.

“Her life kind of spiraled out of control. Her mother and father had fought bitterly over custody of Anissa and her brother, Paul,” Geoffrey states. “He won and Anissa went to live with him, but he died very shortly after Anissa arrived, but she didn’t go back to her mother, she moved in with a friend. Why in the world would her mother allow that? Bad parenting. She became a ward of the court. And anyone who knows anything about drugs, would have been watching her behavior and would have known. Anissa was in trouble: petty shoplifting, taking jobs and then quitting them, bad sleeping patterns, bad eating patterns, incredible mood swings.”

The loss of a life gone far too soon

He continues, “When she turned 18 in March of ’76, she received the forced savings from her salary on Family Affair and then another amount of money that had been held for her in trust. She received a little less than $200,000, which she blew almost immediately. In four or five months.”

Anissa’s life sadly came to an end on August 28, 1976, at age 18. After a night of partying with her friends and then-boyfriend, she suffered an overdose. About six days later, her doctor, Don Carlos Moshos, was charged with manslaughter for illegally prescribing Seconal to her. He died while awaiting trial and the case was closed. While her death was ruled as accidental, it’s no secret that she was struggling internally.

Click for next Article
Previous article: “A Cougar I Am Not”: Why Betty White Will Only Date Older Men
Next Post: 10 Childhood Cartoon Characters With Disturbingly Tragic Backstories