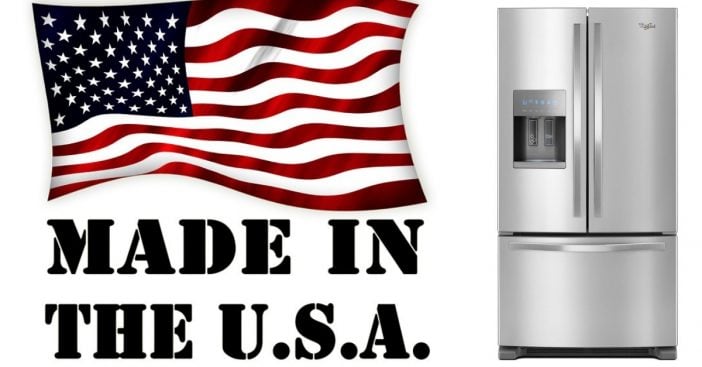 Many Americans report that they would rather buy American made products instead of imported ones. This could be for a variety of reasons such as they would rather support their home country, they want to make sure the product is safe, etc. It seems that many products are made overseas these days, but these famous brands keep it in the USA.

Here are some of the top products proudly made in the United States. How many of these do you own?

Baseball is a big deal in America, so it makes sense that the pro baseball bats are made here. Bud Hillerrich made the first pro-baseball bat in 1866. He made it for Pete Browning, whose nickname was the Louisville Slugger. This started the iconic brand, which is still made in Louisville today.

Just like baseball, football is another great American pastime. Wilson football is the preferred football for over 180 NCAA programs and 37 high school football state associations. Chances are if you have ever played football, you’ve touched a Wilson brand.

Waring debuted the first blender in America and remains one of the leading manufacturers. They are often used in professional kitchens and labs.

KitchenAid stand mixers are an amazing addition to a kitchen. KitchenAid has been making these mixers in Ohio since 1941.

Read on to the next page for more Made in the USA products!

Page Page 1 of 5
Previous article: FAO Schwarz is Back And Has An Official Opening Date
Next Post: Sam Elliott And Katharine Ross Are One Of Hollywood’s Sweetest Love Stories, This Is Their Secret