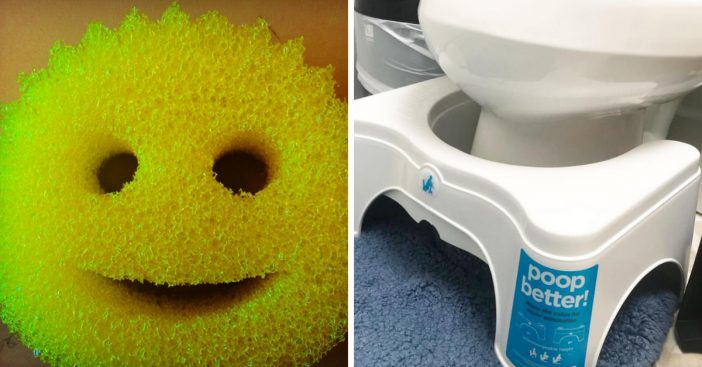 Shark Tank has been on television since 2009 and we have seen a lot of successful ventures and many other flops. The show on ABC lets inventors and entrepreneurs pitch their products to potential investors.

Here are some of the most successful items that came from being on Shark Tank, including a few products that the investors didn’t like but went on to hit it big.

Pancake mix doesn’t seem that impressive, but Kodiak Cakes took on the challenge of making a better pancake mix. It has more whole grains and protein than your average pancake mix. Kodiak Cakes was featured on the show in 2013, but the founder ended up walking away with nothing because he didn’t want to give up more than 10 percent equity. Last year they recorded over $54 million in revenue, expanded to frozen waffles and pancakes, and are the fourth most popular pancake mix in most grocery stores.

We know you have probably seen this one on TV or in stores. This product is a little stool that you put your feet on when you are sitting on the toilet and it is meant to empty your colon more efficiently. They have topped more than $30 million in sales and was a popular addition to the show in 2014.

These ribs with special BBQ sauce was pitched by someone famous. Former NFL player Al “Bubba” Baker pitched Bubba Q’s boneless ribs in 2014. The sharks loved them and agreed to invest. They are now doing $16 million in sales and can be found online, at Costco, QVC and Carl’s Jr. Yum!

Ring, a doorbell with a camera, was featured on Shark Tank in 2013 and most of the sharks didn’t like it. Only one made an offer. Ring was then sold to Amazon for $1.1 billion! Do you think the sharks regret turning this one down?

This smiley-faced sponge won over the sharks and went on to make $50 million in sales. This sponge is unique because it can be used on dishes, utensils, and counters. One of the sharks invested $200,000 in it and it seems like that is paying off.

Do you remember seeing any of these items on Shark Tank? Have you ever purchased any? If you enjoyed this article, please SHARE it with a friend!