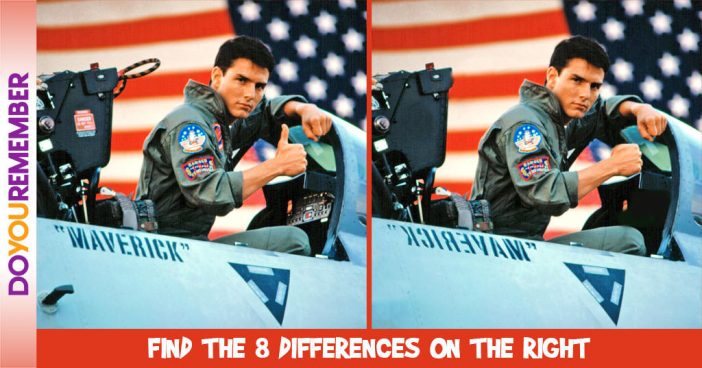 Top Gun is a 1986 American action drama film directed by Tony Scott, and produced by Don Simpson and Jerry Bruckheimer, in association with Paramount Pictures. The screenplay was written by Jim Cash and Jack Epps, Jr., and was inspired by an article titled “Top Guns” published in California magazine three years earlier.

In 2015, the United States Library of Congress selected the film for preservation in the National Film Registry, finding it “culturally, historically, or aesthetically significant”

1. The Cables in the Back Seat are Gone

2. The Stickers are Gone from the Seat

3. The Word “Maverick” on the Plane is Reversed

4. The Handle is Gone

7. There is One Star Missing one the Back Flag

8. The Instrument Panel is Gone