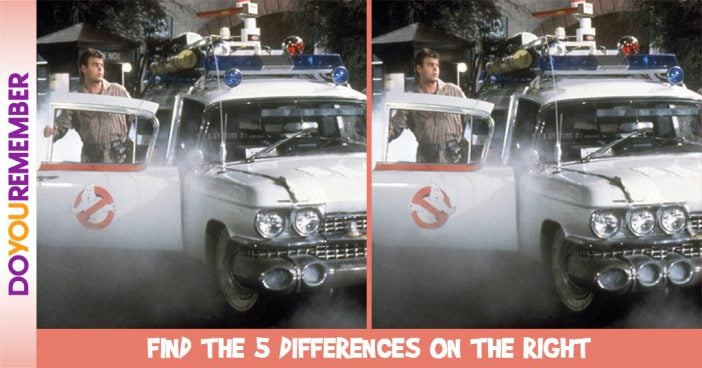 The Ecto-1 was the vehicle that the Ghostbusters used to travel throughout New York City busting ghosts and other entities. The vehicle used for the Ecto-1 was a 1959 Cadillac professional chassis, built by the Miller-Meteor company. The ambulance/hearse combination was the end loader variety. Dr. Ray Stantz found the vehicle shortly after he mortgaged his mother’s house to buy the Firehouse. Because of his mechanical skills, he was able to repair the vehicle, which he acquired for $4,800.

After repairs were completed, the vehicle had quite a unique character. It became a well-recognized symbol for the Ghostbusters franchise. The vehicle had enough room in it to store Proton Packs for all of the crew, along with Ecto Goggles’, P.K.E. Meters, and a slew of Traps.

After purchasing the vehicle in used condition, Ray had to make repairs on the following parts of the car… (See Video)

1. Numbers on the Back Tent are Gone

3. The Door’s Logo is Reversed

4. The Roof’s Blue Light is Gone

5. There are 3 Sets of Headlights