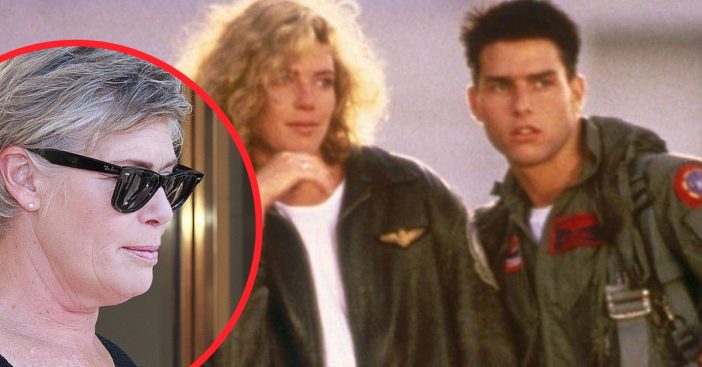 The trailer for Top Gun: Maverick, the long-awaited sequel to Top Gun was released at the San Diego Comic-Con event. Now, reports are saying that Kelly McGillis, who played Charlotte ‘Charlie’ Blackwood, will not be in the new film. In the original movie, she played Tom Cruise‘s love interest.

According to Entertainment Tonight, Kelly admitted that she hasn’t been asked to attend any of the movie’s promotional events. She went on to say, “I don’t know how to answer that because one, it hasn’t happened. Two, if and when it did happen, I would have to assess where I am, what I’m doing, what’s going on … I can’t project what I would or wouldn’t do in the future. I have no idea because I don’t know where I’ll be.”

She continued, “Movies are odd things. I don’t really keep in touch with anybody. I think I’ve spoken to a couple of people occasionally, but the truth is, movies are very odd work situations because you have a lot of people who come together from all different parts of the world.”

However, Kelly doesn’t seem to be bitter about not being invited to be in Top Gun: Maverick. Kelly put her days in Hollywood behind her. She now focuses on her health and her family.

She said, “It wasn’t like a major decision that I made to leave, it was just that other things became more important. I love acting, I love what I do, I love doing theater, but I don’t know. To me, my relationships to other people became far more important than my relationship to fame.”

“I feel really blessed that I don’t have to work, you know? But I get the option to work, so I’m really blessed in that way,” she said. “Not many people get that option later in life, so I feel very lucky.”

Jennifer Connelly is in the new film Top Gun: Maverick, but no word on if she will be the new love interest for Tom’s character or not. Top Gun: Maverick will be released into theaters on June 26, 2020. Watch the trailer for the film below:

Tom Cruise has also shared some awesome promotion photos from the new film! Check them out here.

Click for next Article
Previous article: Rising Cases Of Fatal Mosquito-Borne Virus Detected In The United States
Next Post: Most Amazing Views of Route 66 – An Aerial Documentary