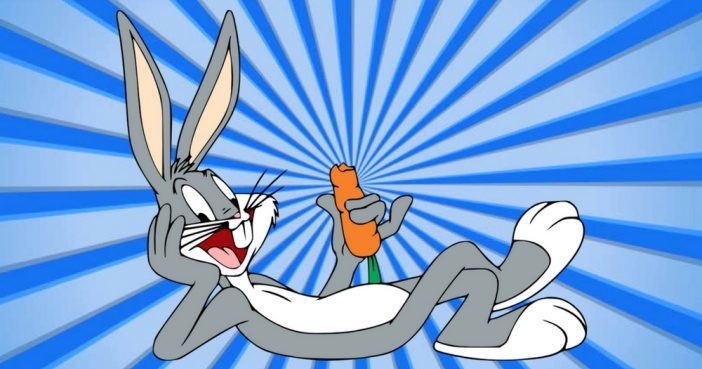 Bugs Bunny, one of the most iconic cartoon characters of all time, has been around for three quarters of a century. Warner Bros. began featuring smart-talking rabbits in its cartoons as early as the 1930s, but it wasn’t until 1940 that the rogue we know and love began to take shape on the screen.

So, get out your favorite breakfast cereal and check out these 11 facts about the impish rabbit, who debuted 75 years ago this week.

1. HE FIRST APPEARED AS AN EXTRA IN A PORKY PIG CARTOON.

2. BUGS BUNNY MIGHT NOT EXIST IF NOT FOR A TIME CRUNCH.

3. HIS VOICE WAS ORIGINALLY DESIGNED TO MIMIC DAFFY DUCK’S.

4. HIS MANNERISMS WERE PARTIALLY INSPIRED BY CLARK GABLE.

5. PSYCHOLOGISTS USE HIM TO STUDY FALSE MEMORIES.

Here are more of The Mischievous Facts About Bugs Bunny

The Birth Of Bugs Bunny

Cartoons In The Cosmos

How Well Do You Know Popeye?

Previous article: String + Nails = Art … Who Remembers Doing This?
Next Post: WOW! Precisely Drawn Dots, On A Chalkboard, In A Dash!