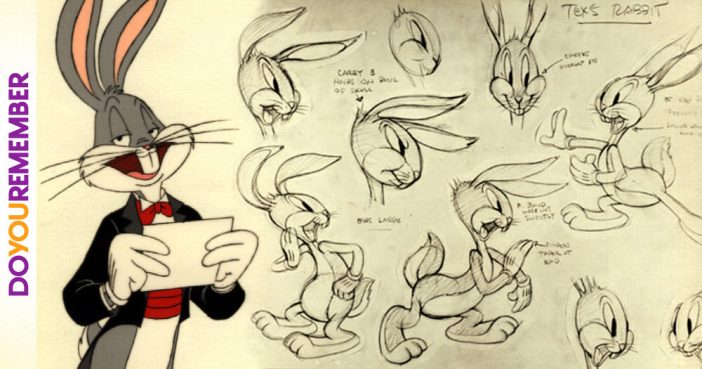 Bugs Bunny, he’s one of the most iconic cartoon characters of all time and has been part of the cartoon world for so long its hard to imagine life before him. Unlike the cartoons around at the time of his inception Bugs wasn’t just funny, he was sharp, witty.This week the iconic cartoon character turns 76, that said, DoYouRemember is looking back and talking about how the world’s favorite cartoon rabbit came to be.

It all started when animator Chuck Jones gave credit to Tex Avery for the character, but Warner Bros. had made several rabbit cartoons in the studio’s earlier years. There were cutesy rabbits and wacky rabbits, nothing like the Bugs we know and love. (One distinction, Jones explained, was that Bugs’ craziness always serves a purpose–in contrast to the unhinged Daffy Duck.)

The Wild Hare bunny is uncredited, but the Oscar-nominated cartoon had all the classic Bugs favorites: outwitting Elmer Fudd, the signature ears and tail, the “What’s up, Doc?”. Bugs was an instant star. By 1954, TIME noted that he was more popular than Mickey Mouse. (Mel Blanc, who voiced the character, later claimed that the name was his idea, saying that they were going to call the character Happy Rabbit, but that Blanc suggested naming him after animator Ben “Bugs” Hardaway. Alternatively, the name is sometimes traced to a sketch that designer Charles Thorson did on Hardaways’ request, with the caption “Bugs’ bunny”—as in, it was the bunny that Bugs had asked him to draw.)Though Virgil Ross was the animator on A Wild Hare, Chuck Jones became one of the more famous hands behind the Bugs Bunny magic and the rest became merry melody history.