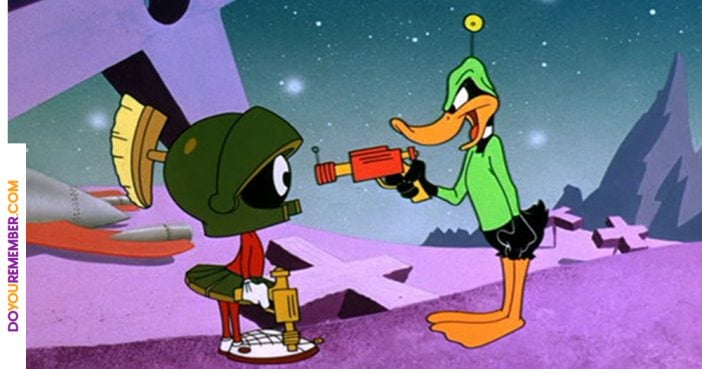 Many moons ago, traveling beyond the clouds into outer space was something every child wanted to experience. Back in the 1960s and 70s, astronaut was actually a profession that ranked just as high on the list as baseball player or President of the United States of America in part because Saturday morning cartoons gave kids all the necessary insight to space travel. Here are a few cartoons from both past and present that showed us that not only was life cool in the cosmos but also full of unsuspecting characters:

Unhappy with the changes that were happening in their environment, Yogi, Boo Boo, Magilla Gorilla and the rest of the Hanna Barbara gang hop onboard a wooden ark and go in search of the perfect place to live. With Jellystone Park handyman Noah piloting the ship, they journey around the land until accidentally ending up in the outer atmosphere. How they manage to survive in the universe with no oxygen or picnic baskets for Yogi to steal remains a mystery to scientists even today.

When Josie and Alexandra engage in a catfight over the spotlight, the consequences are literally out of this world. The girls find themselves trapped aboard a spaceship that inadvertently takes off into deep space during this season-long escapade packed with alien races and unidentified species. What prompted the shows creators to send this unsuspecting troop into the great beyond is anyone’s guess, but, surprisingly, they never saw a situation they couldn’t play their way out of.

Duck Dodgers and his sidekick Space Cadet (most commonly recognized as Porky Pig) battle mouth-less extraterrestrial Marvin the Martian and his underling Gossamer as they try to protect the Earth from complete annihilation. Some of the cartoons original footage was lost in space when it was reformatted as a short, including Marvin the Martians rendition of the traditional Looney Tunes closing, That’s All folks! The thought of our planets fate resting on the frail shoulders of Dodgers is probably enough to make NASA’s Chief Scientists turn in their credentials and head for the nearest underground bunker.

George Jetson and his family are sent back in time thanks to a miscalculation by son Elroy’s time machine. Upon arrival, the family encounters the Flintstones who, after forging a friendship, wind up being accidently transported light years into the future. The question then becomes, can a shoeless, clueless, gang of Neanderthals from the Stone Age cut it in 2062? Only if they can pedal their way back in time.

With public interest in NASA’s space program at an all time low, the agency decides that the best solution is to recruit regular citizens and turn them into astronauts. Enter Homer Simpson who, after being selected to travel into outer space, unleashes his usual brand of witless havoc with near-catastrophic, gravity defying results. His uncontrollable appetite for potato chips jeopardized the lives of the crew and nearly sabotaged their entire mission.