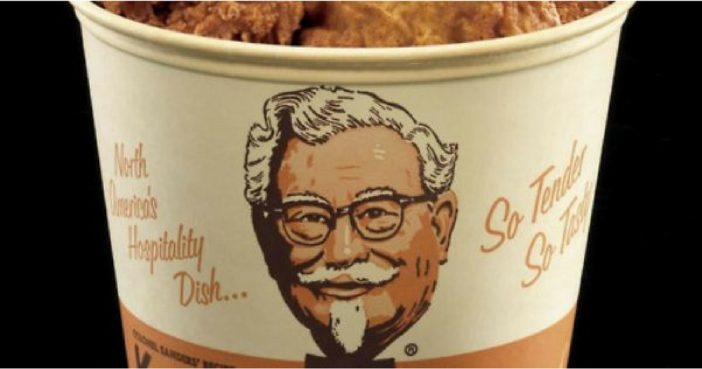 This week, KFC announced that ‘West Wing’ and ‘Parks and Recreation’ alum Rob Lowe will be the latest actor to portray Colonel Sanders. In a new ad released on Friday, Lowe’s Sanders presents KFC’s new Zinger spicy chicken sandwich while giving a motivational speech about launching it on a mission to space.

According to KFC, the Zinger sandwich will be available in participating U.S. restaurants beginning April 24. Before Lowe, celebrities who portrayed the famous colonel included Darrell Hammond, Norm Macdonald and Jim Gaffigan.

KFC was founded by Colonel Harland Sanders, an entrepreneur who began selling fried chicken from his roadside restaurant in Corbin, Kentucky during the Great Depression. Sanders identified the potential of the restaurant franchising concept, and the first “Kentucky Fried Chicken” franchise opened in Utah in 1952. KFC popularized chicken in the fast food industry, diversifying the market by challenging the established dominance of the hamburger.

By branding himself as “Colonel Sanders”, Harland became a prominent figure of American cultural history, and his image remains widely used in KFC advertising. However, the company’s rapid expansion overwhelmed the aging Sanders and he sold it to a group of investors led by John Y. Brown Jr. and Jack C. Massey in 1964.